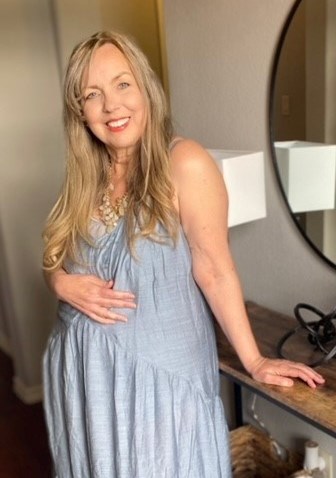 On Tuesday, September 13, 2022, Cindy Leigh (DeWitt) Garmon (affectionately known as “Wonder Woman” by her family) went Home peacefully to be with her Lord & Savior, Jesus Christ at age fifty-eight. Cindy was born in Marlow, Oklahoma on September 27, 1963. Cindy would consider herself a Texan since her parents, Bruce and Doyle Faye DeWitt, relocated Cindy and her older sister, Pam, to Texas when she was five years old. Cindy was a loving wife to Tony, devoted mother to her four daughters (Ashley, Natalie, Tiffany, and Melody), and doting Mimi to her beloved grandchildren (Tristan, Kennedy, Ella, Chloe, Harlow, Brianna, and Amari) who were her world. Cindy had a love of psychology and human behavior, and most importantly, child advocacy. She faithfully served as a CASA (Court Appointed Special Advocate) of Tarrant County to stand up on behalf of abused and neglected children. This was very much in theme of her “Wonder Woman” qualities seeking justice for those who could not speak or fight for themselves. Cindy was not one to shy away from adventure. She met and married her first husband, Clement Mafima, a native of the Democratic Republic of the Congo (formerly Zaire), Africa in 1982. Clement was involved politically in the country and frequently traveled between the USA and Zaire. Cindy courageously took a solo trip with all four girls to Zaire with the intention of living permanently in the country. Eventually, Cindy and the girls were evacuated back to the States due to the civil war in Zaire. Tragically, Clement was killed a year and a half later. Cindy later remarried Anthony “Tony” Garmon in 1996. Cindy and Tony celebrated 26 years of marriage on June 29. Tony has been a hard-working and committed husband, stepfather, and “Poppy,” as he is fondly known by the grandchildren. Tony and Cindy shared a love of his German culture and food and collecting antique treasures together. Cindy leaves a legacy of faith, bravery, and love. She will be remembered by her family as a diligent prayer warrior and courageous woman who fought the good fight of Faith until the very end. Her gifts of creativity and love for the arts, hosting and decorating for parties, and anything related to flowers will continue in expression by her daughters. Cindy will never be forgotten by her husband, Tony, four daughters, Ashley (Adam) Boreland, Natalie Mafima, Tiffany (the late Dwight) Coleman, and Melody (Dominique) Huey. Also remembering Cindy are her father, Kenneth Bruce DeWitt, and her sister, Pamela Perez. Her mother, Doyle Faye DeWitt, previously went home to the Lord. A celebration of Cindy’s life will be held on Tuesday, September 20, 2022, at 10:00am at Gateway Church – North Fort Worth.
See more See Less

In Memory Of Cindy Garmon