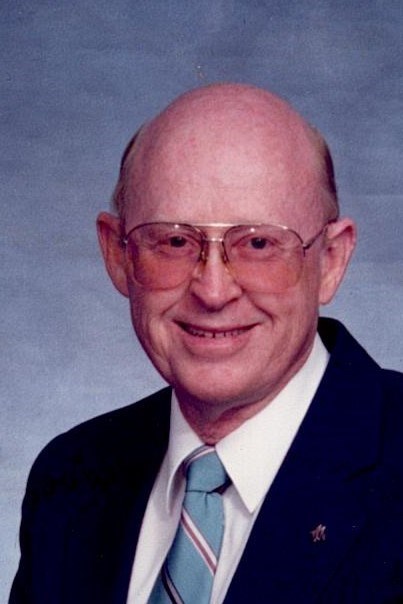 Darrell Ray Dunlop, age 86, passed away on Saturday, December 5, 2020, surrounded by his wife, son and daughter.

Darrell graduated from Texas State University in 1957 with a Bachelor of Science in Education.

A career military officer for 20 years and a Vietnam veteran, he retired as a Major from The United States Air Force in 1978. Following military retirement, Darrell worked for 18 years as a pilot instructor for American Airlines, Flight Safety International and QuikTurn.

Born, raised and served in Baptist churches all over the world, he was ordained as a deacon in 1960 and actively served for more than 40 years.

Darrell was born in 1934 to Lawrence and Alta Dunlop in Andice, Texas, who proceeded him in death. He is survived by his wife of 64 years, Ruth Elaine Parsons Dunlop of Euless, Texas; his son Douglas Parsons Dunlop (and his wife, Alicia) of Independence, Missouri; and his daughter Elaine Ann Dunlop of Fort Worth, Texas; 4 grandchildren Wesley Simmons, Kyle Simmons, Allison Dunlop, and Savanna McLemore (and her husband, Jake); and 3 great-grandchildren Olly, JoJo and Milly.

Faithfully honoring the Lord Jesus, he fought the good fight, he finished the race, and he kept the faith. No eye has seen, no ear has heard, and no human mind has conceived the things God has prepared for those who love him.

In Memory Of Darrell Ray Dunlop