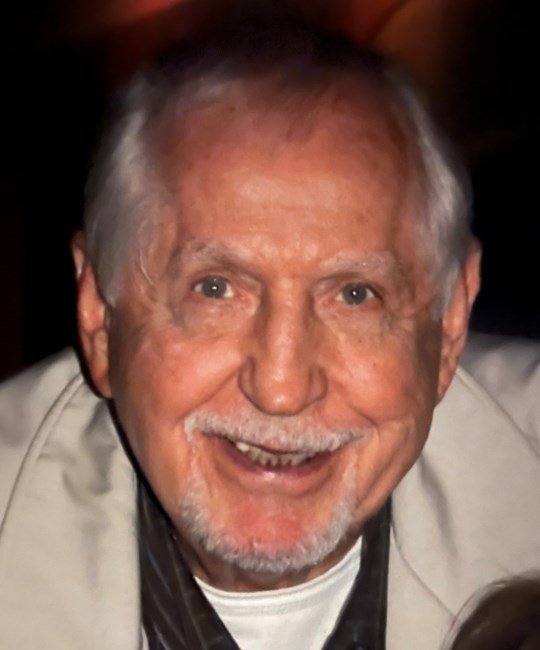 N. RICHLAND HILLS, TEXAS----- Lt. Col. Donald Moody, USAF (Ret) 86, earned his heavenly wings, Tuesday, April 19, 2022. Celebration of Life: 9 A. M., Friday, June 17,2022at Shannon Rufe Snow Chapel. N. Richland Hills, TX. Interment: 11 A. M. at Dallas-Fort Worth National Cemetery. Memorials: EAPLS (Raven FACs) Scholarship Fund, 507 Rolling Green Dr., Lakeway, TX 78734 or Bear Valley Community Church, 7900 Precinct Line Rd., Colleyville, TX 76034. Don was born in Burkburnet, Texas on July 13, 1935, to Douglas and Wilma Day Moody. He was a 1953 graduate of Wichita Falls High School and, following graduation, enlisted in the USAF and was accepted into the Aviation Cadet program. After graduation, he flew the F-84 at Luke AFB in Arizona. He then went to Bentwaters RAF in England, and then to Toul Rosiere AFB, France. He then flew the F-100D aircraft at Hahn AB, Germany. Upon his return to the states, Don was posted to Webb AFB, Texas, where he flew the T-38A as an instructor pilot. Following his tour as a UPT Instructor Pilot, Don reported to Hurlburt Field, Florida, where he began a long and storied career in the USAF Special Operations forces as an Air Commando. He instructed foreign pilots, training them to fly the AT-28D as close air support attack pilots. In 1966, Don was sent to Udorn RTAFB, Thailand, as part of Operation Waterpump, where he trained Laotian and Hmong pilots to become fighter pilots in the Royal Laotian Air Force (RLAF). He then went to Luang Prabang, Laos, (L-54) as the Air Operations Center (AOC) Commander, working for the American Embassy. In January of 1967, L-54 was overrun by North Vietnamese troops, which resulted in heavy losses of T-28s at the base. Don then had to rebuild the RLAF T-28 capability for the second time in six months. While in Southeast Asia Don served as a Butterfly FAC, a Raven FAC, and an AOC Commander. He spent 849 days there and flew 446 combat missions. During his military service, he was awarded the Bronze Star (with OLC), the Distinguished Flying Cross (with OLC), Air Force Legion of Merit, Air Force Meritorious Service Medal (with OLC), Joint Service Commendation Medal by 7th Air Force unit USSAG and other medals. Prior to retirement, he earned his BS from William Carey University, MS. and his MBA from Northwestern State University in Louisiana. In 1976 he retired from the Air Force at England AFB, Louisiana, flying A-37’s. After retirement from the Air Force, Don continued his career, first as a banker, and then working for Southern Air Transport, and finally at Simuflite as a Government Compliance Specialist. Upon retirement from Simuflite , he became a volunteer youth Baseball and Football Coach. This he loved. He finally volunteered as a VIPS (Volunteer in Police Service for the North Richland Hills Police Dept. He loved to do this as well. In 2003, he was inducted into the Air Commando Association’s Hall of Fame for his outstanding service and contributions to this nation as an Air Force special operator and Air Commando. Don was instrumental is forming the “Edgar Allen Poe Literary Society” in 1973, a nonprofit Texas corporation that provides scholarships to deserving Laotian and Hmong students. He has been a valued member of the Executive Committee of the Board of Directors for many years. His presence and guidance there will be greatly missed. He is survived by his wife of 41 years, Lorraine Garren Moody. Children: Lisa Moody, Kelly Valadez, Jennifer Moody Ogden (Jim), Michael Moody (Staci), Laura Crewe, Lisa Greenfield, Lynette Kithas (Mike) Carl Greenfield and grandchildren whom he loved very much. He was preceded in death by his parents, Douglas and Wilma Day Moody, Sister, Sharon Moody Brock, and son David Moody. Don wrote about his experiences during the Laos/ Cambodia conflict. They are published on the Raven website under The Adventures of Bob and Don. The web address is ravens.org.
See more See Less

In Memory Of Donald Ray Moody