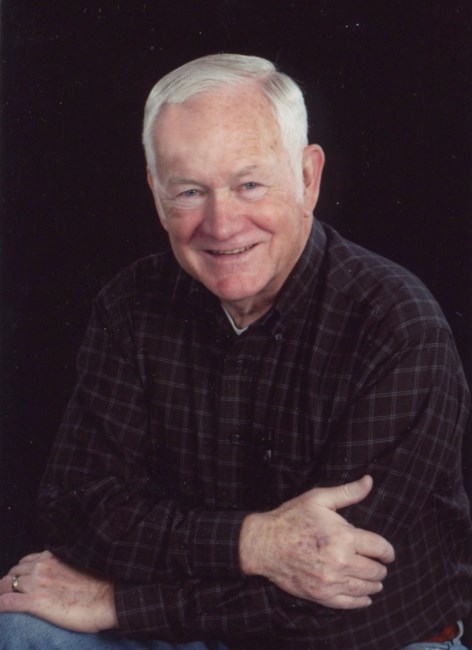 On Tuesday, August 16, 2022, James Thomas Hollabaugh (Tom), loving and devoted husband, dad, granddad and great granddad entered into God’s presence at the age of 86. Tom was born on July 5, 1936 in Fort Worth, Texas to Carl and Irene (Barnes) Hollabaugh. He served in the United States Army for 37 years and retired as a colonel in 1993 after receiving many honors, awards, commendations, including the Legion of Merit Award. On April 20, 1961, Tom married the love of his life Janis Marie Whitson. They raised two children Lori and Greg. Tom had a passion for fishing, hunting, singing in church choir, Colorado but most of all, his family. From teaching grandkids how to fish, to pulling mischievous pranks, Pepaw was adored by all. His kindness and generosity impacted all who knew him. Tom was an accomplished musician who played the piano and sang in church choirs. If you were ever privileged to sit near him in church, you were blessed by his strong voice. If you ever found yourself in need, you were blessed by his generous heart. Tom’s leadership and protective love of his family will be greatly missed by those he leaves behind. Tom was preceded in death by his parents Carl and Irene Hollabaugh and son-in-law, Terry Folks. He is survived by his faithful loving wife, Jan, his two children Lori Folks and Greg Hollabaugh and wife Wendy; seven grandchildren Alisha Hamel and husband Chas, Tyler Kockler, Jacob Folks, Josh Folks, Hannah Dooley and husband Marcus, Aaron Hollabaugh and wife Avery and Noah Hollabaugh; and one great grandchild Aspyn Hamel. A viewing will be held on August 24, 2022 from 5:00 pm – 7:00 pm at Laurel Land Funeral Home in Fort Worth Texas. A funeral service will be held on August 25, 2022 at 10:00 am at Tate Springs Baptist Church in Arlington Texas. Tom will be interred at the DFW National Cemetery in a private ceremony.
See more See Less

In Memory Of Colonel James Hollabaugh