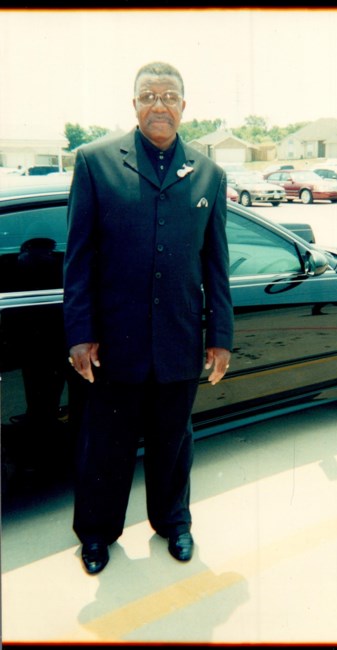 John LaMar Williams, age 79, of Fort Worth, Texas passed away on Sunday, August 14, 2022. John LaMar Williams was the fifth of seven boys that was blessed unto Edd and Margaret Williams on January 10, 1943. He attended Herron High, played football and at one of those games is where he meets the young cheerleader cheering on the side line and as John stated he was tackled at her feet and knew after the game he had to meet this young lady by the name of Willa Viola Douglas who later became the Mrs. John Williams. On their 25th Anniversary they renewed their vows and had the wedding that they didn’t have in the beginning of their beautiful journey as husband and wife. After graduating High School John enlisted into the US Army and served from 1965 – 1971. He was employed with General Dynamic/Lockheed Martin Aeronautics after getting lay-off he landed with TXI for 36 yrs where he retired from. His new chapter of life begin as Pa-Pa Taxi and a harder working Deacon at Berea Missionary Baptist Church until being called home to reunite with a waiting Beautiful Wife, Mother, Father, 3 Brothers. Eddie Williams, Jake Williams, and Frankie Williams and many others family and friend. The memory of John life and love will forever burn in a flame in the hearts of those who love him and cherish his memories: his son: Terence Lorenzo Williams Sr. Daughter: Sheronda LaVorne Williams. Brothers: Gorie Williams Sr/Joyce, Alex Williams Sr, and Charles Williams. 9 Grandchildren and 11 Great-Grandchildren. And a large beautiful host of Family and Friends. Fond memories and expressions of sympathy may be shared at www.gwspencerdirs.net for the Williams family.
See more See Less

In Memory Of John LaMar Williams