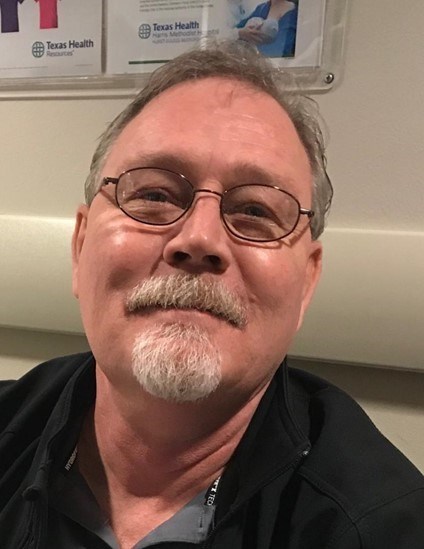 Ronald Houston Holt, 60, passed away peacefully surrounded by his children and loved ones on May 6, 2022. Ronny was born December 30, 1961 to Jim and Kay Holt in Abilene, Texas. He grew up in Fort Worth, Texas and graduated Crowley High School in 1980, and earned his Associate’s Degree in 1988 from Texas State Technical Institute. Ronny spent his career as a machinist and quality inspector in various industries; oil and gas, printing, aircraft. He was known as an expert in mechanical knowledge and could figure out how to fix anything, whether it be his favorite car or a complex industrial machine. He attended Church of Christ in his younger years and was also a confirmed Catholic. Ronny always held Christ close to his heart and through his final moments. Ronny was married in 1982 for fourteen years and had four children: Christopher, Ryan, Megan, and Hannah. He enjoyed taking them camping, fishing, attending extracurriculars and supporting their dreams. Ronny also enjoyed special occasions with family and friends, cars and boats, rooting for the home teams, and a good steak. He was loved by all who knew him—he always offered a joke, support, knowledge, and a warm smile. He will be dearly missed. Visitation: May 16, 2022 6:00 PM – 8:00 PM at Laurel Land Funeral Home, Chapel of Chimes, Fort Worth, Texas. Service: May 17, 2022 11:00 AM at Laurel Land Funeral Home, Chapel of Chimes, Fort Worth, Texas. Ronny was preceded in death by his father, Jim Holt; sister, Sherry Holt; grandparents, Ruth and Houston Holt; uncle, Ralph Holt; aunts, Sheila and Martha Holt. Survived by: mother, Kay Holt; brother, Jon Holt and sister-in-law Cherie Holt; nephews, Houston and Ben; children, Christopher, Ryan, Megan, and Hannah; grandchildren, Mason, Harper, and Farrah; also, numerous cousins, in-laws, and friends.
See more See Less

In Memory Of Ronald Houston Holt