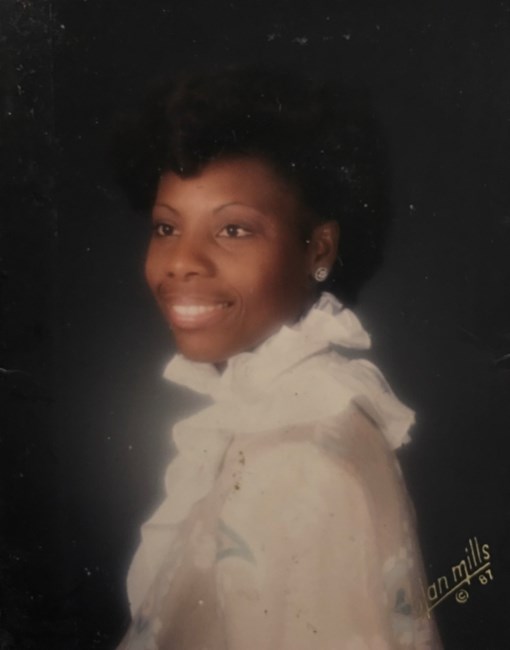 Virginia Yvonne Seaton- Haley, age 59, of Fort Worth, Texas passed away on Tuesday, August 16, 2022. The Life Story OF BEAUTIFUL SONGBIRD Virginia Yvonne Seaton-Haley was born to the parentage of Tucker Jr. And Mae D. Seaton on January 4, 1963. She would become the 7th of 10 children. She was reared in a God-fearing home with her family in Mosier Valley. As a child she was strong willed and very tenacious. She was loved at home, church, and the Mosier Valley Community Center. Known to many as Von, Evey, Yvonne or Aunt Reebee her love for you never changed. Yvonne attended Mosier Valley Elementary, Midway Park Elementary, Central Jr. High, and graduated from Euless Trinity High School with the class of 1983. She later attended TCJC studying American Sign Language which she taught to her nieces and nephews. Her studies also included Administrative Assistance. Virginia worked at the City of Euless from the age of 16. She would later transfer to the City of Arlington where she worked in several departments including the water department, Vital Statistics, and as a 911 dispatcher. She retired from the City of Arlington in 2004. Virginia was very active in her home church, Cathedral of Faith COGIC, from a young child to an adult. From directing to leading songs in the Angelic Sanctuary Choir to overseeing and playing the piano for the Alpha Celestial Youth Choir. Her beautiful voice touched the lives of so many. Singing and praising God was her heart’s desire. Virginia was never afraid to sing when called upon. She was especially known for going with her pastor to sing prior to his preaching a sermon at an away church. Virginia led songs for the late Michelle Fisher and Salem Baptist Church as well as participated in Midnight Musicals at Saintsville COGIC. She later joined the Potter’s House in 1999 and was part of the release of the first Potter’s house cd along with her sister Carolyn. On March 12, 1990, Yvonne and DeWayne Haley were joined in Holy Matrimony. With this marriage she joined Heavenly Gospel COGIC under leadership of the late Supt. Floyd G. Taylor. There her love and her work for the Lord continued and did not cease. Virginia joined the choir continuing to sing of God’s goodness, playing the saxophone, and signing (ASL) musical selections for the deaf/hearing impaired. January 27, 1992, she became the mother to a beautiful, dimpled baby girl, DeAunna Janese Haley. Yvonne raised her to also be a God-fearing young lady. She taught her to be respectful and strong. The life lessons she instilled in her daughter helped he in the adulthood when it came time for her to be a mother herself. Gammy became the PROUD grandmother of Jayilen Haley-Drake on October 1, 2010. She loved every moment with him and was so proud from day one. Virginia will be remembered by the strong tight hugs she would give letting you know how much she truly loved you, the real advice and the natural nurturer she was. Her naturally long nails and smile that would light up a room. She was preceded in death by her maternal and paternal grandparents – Woodrow and Martha Freeman, Tuckie and Mary Seaton Father – Tucker Seaton Jr., Brothers – James Seaton and Edward Seaton, Sisters – Deborah Seaton and Edna Seaton-Bush, niece - Kynette Seaton, and nephew Charles Seaton Jr. On the evening of August 15, 2022, being cared for by her daughter - DeAunna, niece - Tomika Seaton and Natalie Seaton, and husband/friend - DeWayne, and sister - Carolyn Seaton, Virginia answered the call of the Lord and surrendered to the will of God. Virginia leaves to cherish her love and memories: Mother – Mae D. Seaton, Husband/Friend - DeWayne Haley, Daughter – DeAunna Haley, Grandson – Jayilen Haley-Drake. Also to remember her she leaves her sisters - Patricia Seaton, Carolyn Seaton, and DaVerika Seaton; her brothers Charles W. Seaton (Syondra) and James F. D. Seaton (Sherron). Being from a very large family she also leaves behind a host of nieces, nephews, cousins, aunts, uncles as well as friends to cherish her memories. Fond memories and expressions of sympathy may be shared at www.gwspencerdirs.net for the Haley family.
See more See Less

In Memory Of Virginia Yvonne Seaton-Haley