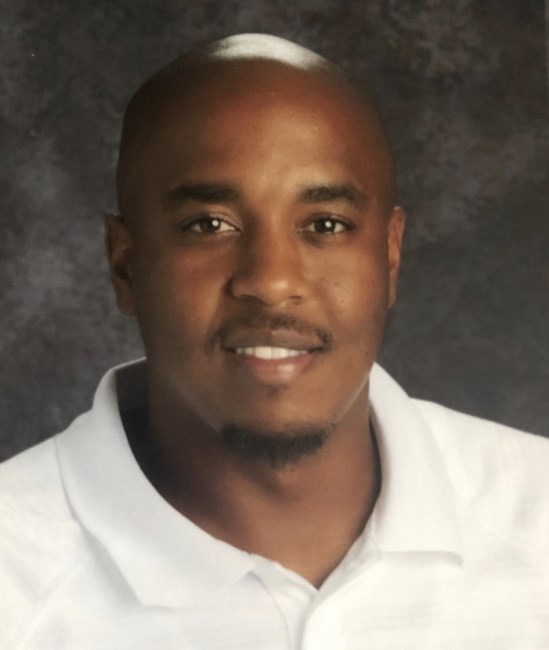 Willie was born June 23, 1981, to Donna Williams and Willie Wayne Cormier, Sr. He spent his childhood in Waco, TX, and eventually graduated from Waco High School. He later moved to Arlington and attended the University of Texas at Arlington with a Bachelor’s of Science in Kinesiology. Following graduation, Willie began working for Fort Worth ISD. He completed 13 years there. In addition to that, in 2016 he received his Master of Science degree in Sports Education from North Central University of Phoenix, AZ He spent the last two years coaching football, basketball, and track at Bedford Junior High School. Willie was a faithful member of the Potter’s House of Dallas. Willie met Paige Georgia Weathersby in 2006 and they were joined together December 28, 2013. Willie and Paige shared a beautiful love story and built a family unit together. Willie led a productive life coaching, teaching, and mentoring his boys and his students. He served as a role model for so many. He was a sports connoisseur and loved to cook for family and friends. Willie was like a smooth sail moving through life, accomplishing a variety of tasks without ever complaining. He was preceded in death by paternal grandparents and maternal grandfather. Willie leaves to honor and cherish his memories his loving wife and three boys, Jaylen, William Elan, and Braden Wayne all of Fort Worth, TX; his mother, Donna Wilson (Kevin) Waco, TX; father, Willie Wayne Cormier, Sr (Alma) Fort Worth, TX; mother and father in law, Elaine and Steadman Scott Fort Worth, TX; two brothers, Chris Cormier Providence, RI, and Jamaar Cormier Seattle WA; a niece, Christian (Chris); a nephew, Carter (Terry); stepsister, Monica Copperas Cove TX; a stepbrother, Kendrick Waco, TX; grandmother, Willie Ray Williams; grandparents, Primus and Georgia Wheeler; and a host of in-laws, aunts, uncles, cousins and friends. Hebrews 4:16 Let us then with confidence draw near to the throne of grace, that we may receive mercy and find grace to help in time of need.
See more See Less