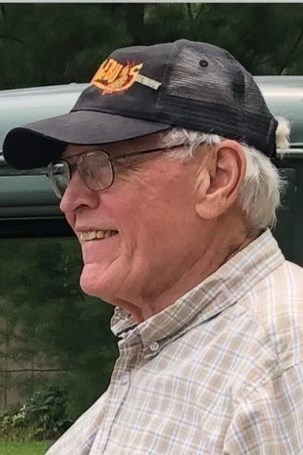 James B. Cleaveland, 80, of Franklin, NY passed away on January 14, 2023. James was born July 30, 1942 in Greene, NY, the son of Chester and Mary (Seath) Cleaveland. He graduated from Franklin Central School in 1961. He married Rosemarie Puhm in Gardena California on September 24, 1966. James worked at Boeing Aircraft in Renton, WA as a model maker in the 747 mock up shop. He also worked as a union mill-man in a Seattle cabinet shop. After he and his wife returned to Franklin, he was a professional tradesman building several homes in the area including his own. MSG Cleaveland served over 34 years in several U.S. Army and National Guard Units as engineer operations and First sergeant. He was NCO in charge of planning and development of the National Soccer Hall of Fame Fields in Oneonta and the Sidney NY Police Station. NCO in charge of engineer projects in Germany and Schools in Guatemala, he also was with the National Guard support in NYC during 9/11 (Twin Towers). He was decorated with several Federal and State awards in his military career. In Civilian life he was a Boy Scout Master and Commander of the American Legion Post 1689. He served as a Town of Franklin Code enforcement officer, van driver for Disabled American Veterans (11 yrs.) traveling to Albany Veteran's Hospital, and a member of The Franklin Doodlebug club. He enjoyed his 1933 Ford pickup truck and going to car shows, camping and wood working. James is survived by his wife of 56 years Rosemarie; a son, Todd (Kelly) Cleaveland of Oneonta; a daughter, Sarah Cleaveland of Franklin; a sister Anita Rowell of Newport News, VA; and a brother, David (Karen) Cleaveland of Tivoli, NY; grandchildren, Jacob and Katie Sanford, Lilly Cleaveland; and several nieces and nephews. He was predeceased by his parents; and a brother, Chester Jr. Friends are invited to greet the family on Saturday, January 28, 2023 from 11am to 1 pm at The Community Bible Church, 89 Center Street, Franklin, where a funeral service will immediately follow at 1pm. Burial with Military Honors will take place in the spring in Ouleout Valley Cemetery, Franklin. Donations in James’ honor can be made to Tunnels to Towers (t2t.org). Arrangements are by the Kenneth L. Bennett Funeral Home, Franklin. Fond memories and expressions of sympathy may be shared at www.bennettfh.com for the Cleaveland family.
See more See Less

In Memory Of James B. Cleaveland