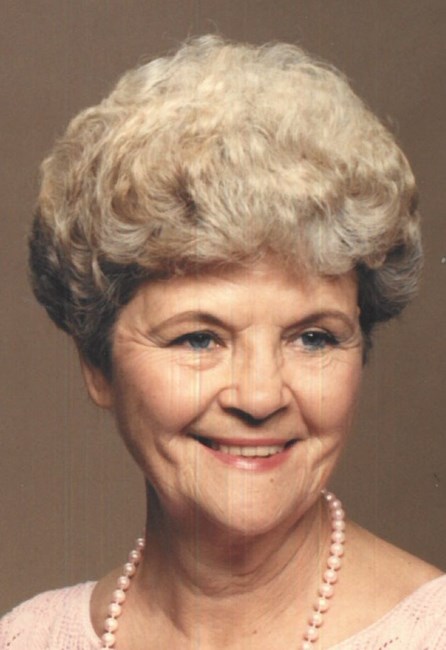 Norma Roselyn (Richardson) Lutes, 96, of Franklin, Ohio peacefully passed from this life at Atrium Medical Center on July 9, 2022. She enjoyed many years of retirement after working in the commerce industry and later, as an interior decorator, founding Norma Lutes Custom Draperies, in Lima OH. She is preceded in death by her husband of 47 years, Harry L. Lutes, and an infant son, Scott, and by her brothers Ed Richardson, Ronnie Richardson, and Harry Richardson. Norma is survived by her son John E. Lutes, of Franklin, OH. She is survived by brothers Ransom Richardson and Robert (Bob) Richardson, and by her sisters Angela Arnold, Mary Wells, Elsie (Midge) Neal and Jane Blevins as well as great friends, Janet Hansen and Nancy Reams. Born April 22, 1926 to Harry and Ethel Richardson, of Ravenna, Kentucky, Norma was the oldest of ten children. Loaded with early responsibilities of helping with chores, meals and keeping kids in line, she would say that she did not have much of a childhood. Regarding grandparents, aunts, uncles, and neighbors, the stories of their Depression upbringing are too plentiful to write but will echo in the family forever. Like many Kentucky-born people, she made her way up to the busy work life of Dayton, Ohio. Every bit of help from family was always appreciated. Norma was always especially thankful for the help sister Angela gave her along the way. Norma worked in shipping and took business courses at Sinclair Community College as well. She thrived in her work days and thought the world of Dayton of the '50s and '60s. Before meeting her eventual husband Harry, she traveled to islands of the Caribbean, highlighted by Cuba. She went to bullfights and climbed pyramids in Mexico. Norma was excited by culture, and was always trying to learn more through travel experiences, which eventually included Costa Rica, England, France, Switzerland, Japan, Hawaii and Canada. Life with Harry took Norma away from the Dayton area, to Detroit, MI, Cedar Rapids, IA and retiring to Sunshine Country Club in Harlingen, TX . Along the way she was very social, enjoying garden and dinner parties, bridge clubs, ballroom and square dancing. Norma turned the tables on everyone when she hosted a dinner party at Sunshine by performing a surprise choreographed belly dance. Norma also took up golfing in retirement and made a hole-in-one at Sunshine Country Club. After her husband's passing, she returned to Ohio to be closer to family, living with son John. Life together was pretty harmonious; John pushed garden vegetables on her kitchen, just like Harry, which led to canning. Norma loved making raspberry and jalapeno jellies with her great friend Nancy. John continued learning from Norma until the end. Weeks before her passing she prepared a large meal for her nephews as her final dinner as a hostess, and she was so happy to be able to do it. She had family that loved her and was lucky to have friends far and wide. Her house was a home, and everyone was welcome. Norma was charitable for years to many fine causes. She will be missed. No memorial service has been planned at this time. In lieu of flowers and donations, Norma wished for us to embrace family, friends and neighbors a little closer, which may be the best healing remembrance of all. Fond memories and expressions of sympathy may be shared at www.andersonfunerals-franklin.com for the Lutes family.
See more See Less

In Memory Of Norma Roselyn Lutes