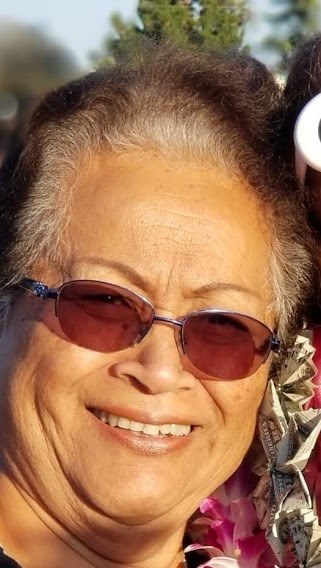 Remembering Her Life On Saturday September 17th 2022 Diane Ululani Kaliloa (71), loving Mother, Grandmother, and Wife passed away peacefully in her sleep after a long hard fight recovering from open heart surgery. Diane was born on February 22nd 1951 on the Big Island of Hawaii to Louis and Dinah Bush. The family later moved to the island of Oahu where Diane spent the majority of her childhood. Diane attended Wai’anae High School and after graduation met the love of her life, John Kaliloa Jr. In 1973 Diane moved with John to Sunnyvale, California, where they started to build a life together. Diane and John were married in 1975 and in November of 1976 they had their first child (James), 5 years later they had their second (Louann). Diane always put family first; she and John raised their children to have this same sense of family that continues into her grandchildren. She truly was the definition of “Aloha”, greeting you with a loving smile and a warm embrace. Diane loved to sit with family and friends to talk story, reminiscing of the mischief Diane and her cousins would get themselves into. Diane has worked for various companies; however, when she became a mother, she and John decided that she would become a stay at home mom. This switch made it possible for her to become the “Constant” within the family. This Constant is the perfect balance to the “Rock” that John was. Creating a home that welcomed all and taught many. Diane was an honorary member of Ha’a Hula TeReva Halau where she enjoyed watching the members dance and drum. Diane could be seen watching over the “Keiki” and being “Tutu” to all. The Halau helped her to stay connected with her culture and to teach her own grandchildren things from her childhood. With Diane’s passing she joins her husband John in heaven so they can spend eternity together, which has always been the plan. Diane leaves behind her son and daughter (James & Louann) and her two beautiful grandchildren (Anela & John-Victor (J.V.)). Her brother (Louis Bush) and, more Cousins, Nieces & Nephews than we have space. A memorial service will be held on October 15th 2022 The Church of Jesus Christ of Latter-day Saints 3110 Cropley Ave, San Jose, CA 95132 Time: 10:00am Reception to follow
See more See Less

In Memory Of Diane Ululani Kaliloa