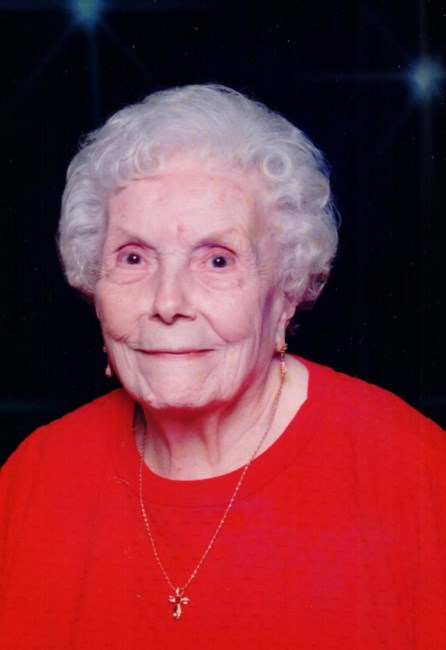 Ethelwyn McElroy, passed away peacefully on August 20, 2018 in Surprise, Arizona. She was born June 1, 1910 in Angola, Indiana to Charles and Ella Carpenter. She was married 58 years to Ralph McElroy. Ethelwyn was preceded in death by her beloved husband Ralph, her parents, 2 sisters and 1 brother. She was also preceded in death by her son Jim, step son Don, step daughters Pauline, Phyliss, Mona and 3 step grandchildren. She is survived by 15 step grandchildren, 26 step great grandchildren and many step great-great grandchildren. Ethelwyn was the oldest living graduate of Trine (Tri-State College) University in Angola with a career spent as a bookkeeper-accountant. The last 35 years spent at Angola Lumber Company. She was a member of the Steuben County Business and Professional Women’s Club and received the Women of the Year award in 1970. Her hobby was baking her famous rolls, breads and cookies for all of her family and friends. There will be a Celebration of Life for our Grandmother on September 29, 2018 at 11:00 AM held at the Olde York Church, 8740 E 300 N, Fremont, Indiana, and will be presided over by Pastor Sam Hoffman. Memorial donations in her memory are in care of the Olde York Church, for charity of the donor's choice.
See more See Less

In Memory Of Ethelwyn McElroy