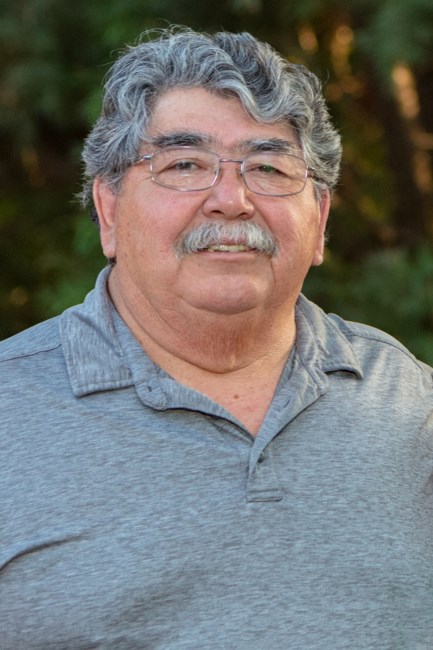 Daniel John Gonzales was born on October 16, 1951 to Louie and Gloria in Merced, CA. Daniel passed away on May 2, 2022 in Fresno, California. He was preceded in death by his father Louie A. Gonzales and mother Gloria C. Sanchez, his paternal grandparents Adolpho Gonzales and Lena Divorce and his maternal grandparents Juan (John) A. Sanchez and Marcella Z. Sanchez. Daniel is survived by his wife Sharon and two sons Michael L. Gonzales, Jeffrey L. Gonzales, and daughter Crystal K. Gonzales. He is also survived by eight beautiful grandchildren Taylor, Jacob, Colby, Isabella, Naia, Miles, Dominic, and Lucas. He is survived by one sister Louise Ethington and her husband Bob plus many nieces and nephews and cousins. Daniel was raised in Fresno CA. and graduated from McLane High School in 1970. Following graduation, he joined the US Air Force and proudly served his country both in the US and overseas for over 9 years. While stationed in Germany he met his wife, Sharon. After fulfilling his military duties Daniel moved back to Fresno, CA to setup a home for his family. In August 1979 he began working for Fresno Roofing Company and became a member of the Roofers and Waterproofers Local No. 27; he was a proud union member for 43 years. Daniel was proud to follow in his family’s footsteps and carry on the family tradition, his father, Louie joined Fresno Roofing in 1953 and retired in 1991; he was also a proud union member for 72 years. During his roofing career he had the opportunity to serve as the Union President and teach the apprenticeship class at Fresno City College. After retiring in 2003 he finally had the opportunity to become a fulltime Papa and help raise his grandchildren. He made sure all his grandchildren knew his home would always be their home. He was a very devoted husband, father, grandfather, son, and brother. He taught his children the value of hard work, to always show respect and kindness to all. He was a true gentleman and taught his sons to follow his example. Daniel will always be remembered for selflessly taking care of others. He has impacted and touched many lives. He will be greatly missed by all who knew and loved him deeply. Services for Daniel will be held on Thursday May 12, 2022 at 11:00 am, Stephens and Bean Funeral Chapel. Burial will immediately follow at Belmont Memorial Cemetery. Fond memories and expressions of sympathy may be shared at www.stephensandbean.com for the GONZALES family.
See more See Less

In Memory Of Daniel John Gonzales