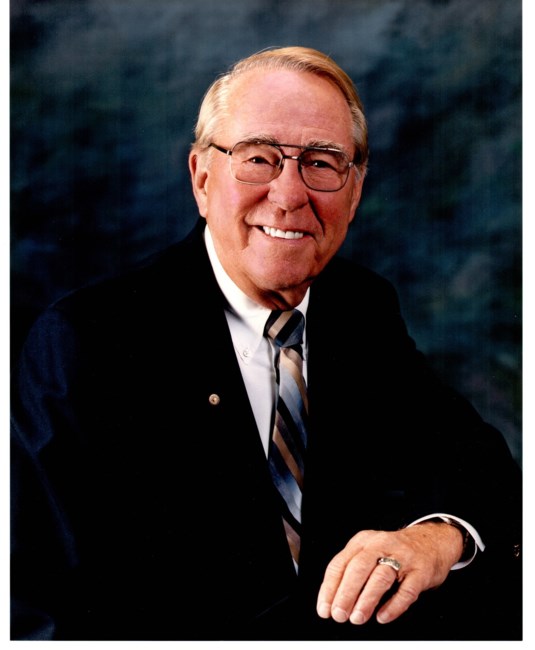 Donald Lee Jorgensen died on July 22, 2022 at his home in Fresno, California. Mr. Jorgensen was born on January 3, 1925, to Hans and Olga Jorgensen. Mr. Hans Jorgensen started Jorgensen's Fire Extinguisher's in 1932 in Fresno, California. Later his son's Al and Donald took over the business and it grew. Al and Donald sold the company to the employees in 1994. Donald was a Rotarian in the Metropolitan Rotary for 45 years. He was married to Gweneth McKean in 1948. In the next ten years, they had Douglas and Sheri. In 1995, Gweneth died of cancer. Then, Donald married a long time family friend, Beverly. Donald is survived by his wife Beverly, Son and Daughter-in-Law Douglas and Debbie Jorgensen, Daughter and Son-in-Law Sheri and Mike Jefferis, Step-Daughter Gina Vertson, Grandchildren Lindsey and husband Ethan, Matthew, Heather and husband Nick, Amanda, Nicholas, Michael, and Nolan. Great-Grandchildren Charlotte, Anika, and Oliver. Memorial will be held at Whitehurst, Sullivan, Burns, & Blair Funeral Home, 836 E. Nees, Saturday, August 6th at 10 AM. Those who wish to express sympathy may donate to their favorite charity.
See more See Less

In Memory Of Donald Lee Jorgensen