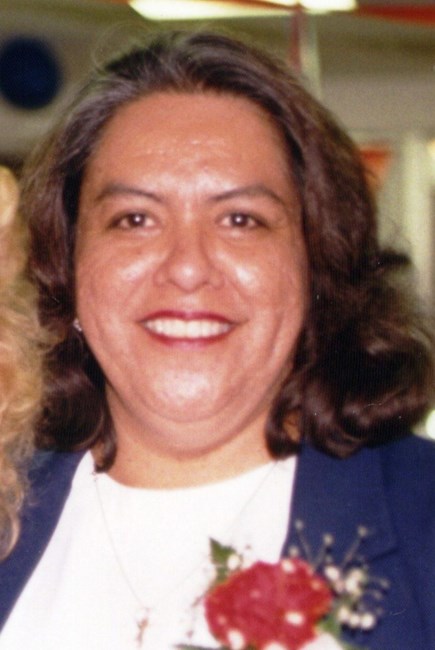 Esther was born in Fowler, California and she was a resident of Fresno County for 69 years. Esther was one of 12 children born to Onesimo and Carmen Negrete. She was raised in the Fresno area and attended California State University, Fresno receiving her Bachelor of Arts in 1966 and a Masters Degree in Social Work in 1989. She was also a member of the Alumni Association of California State University, Fresno. Esther was very well known and very active in the Fresno community. Having just retired last year, Esther most recently worked at the California Donor Transplant Network (CDTN) as a Community Affairs Coordinator in the Fresno Regional office. During her tenure, she simultaneously served as a Family Services Coordinator working with donor families discussing the option of organ donation and performing follow-up care with Spanish speaking families. The focus of her work was with the Latino community, as well as the African-American community. She served on various internal committees that were work related: such as the Family Services Team, Diversity Committee; Interview Committee for FRC position. She also served on National Committees including the Coalition on Donation Hispanic/Latino Initiative. She was elected to a three year term to the United Network of Organ Sharing as an At-Large representative of donor families and recipients, as well as UNOS Ethics Committee. Her previous employment includes over 30 years of social work experience with non-profit organizations, the majority of that experience was working with children and families who met the poverty guidelines, who were un-insured, children who were abused and neglected, and taught parenting classes to their parents to prevent any further abuse. Other relevant social work experience in the Fresno area includes various positions with the Department of Social Services, Fresno County Head Start, Sequoia Community Health Foundation, and United Farm Workers Union, AFL-CIO. She volunteered at the United Farm Workers Union for ten years negotiating contracts and lobbying in Washington and is also where she met her husband Gilbert. Esther was also affiliated with a marketing agency in Fresno providing media relations to a variety of clients, providing event coordination services and provided campaign development services for candidates running for elected official office. One of those clients was CTDN. She provided community relations, outreach and media services to the Latino community to pre-dispose Latinos to organ and tissue donation in collaboration with the Fresno CTDN staff. One of her proudest achievements was being the first Latina elected to the Fresno City Council where she served a four year term representing District 5, a predominate Latino area, from 1991 – 1995. She also served as Mayor Pro Tempore, and various commissions and boards including the Fresno County Council of Governments, Local Agency Formation Commission and the Airport Land Use Commission. During her tenure she advocated for more diversity of department directors—which was accomplished; advocated for after school programs and donated a portion of her salary to fund those projects in her district; provided the swing vote for a highway construction that was sorely needed which crossed her district; ensured the construction of needed infrastructure for new housing development in Southeast Fresno; initiated the funding for a Down payment Assistance program for first time home buyers which made affordable housing more accessible to families in her district and provided basic funding for Arte America—a Hispanic cultural museum. She collaborated effectively with school officials; the Mexican Consulate in Fresno, the Fresno County Board of Supervisors and other elected officials. Esther was also very instrumental in other projects in Fresno such as the Wal-Mart in Southeast Fresno, the Grizzlies Baseball Stadium, the Revitalization of Downtown Fresno including the Club One Casino and the Legion of Valor Museum at the Memorial Auditorium. She also traveled to Mexico to meet with officials from Mexicana Airlines and Aero Mexico to bring their airlines to Fresno. Esther loved music, dancing and traveling and she was an excellent cook. She is preceded in death by her parents, Onesimo and Carmen Negrete; brothers, O. Alfred, Louie, John, Richard D., Raymond and Jesse Negrete; sisters, Mary Jackson, Andrea Perez and Marie Gomez. Esther is survived by her husband, Gilbert Padilla; daughter, Adelita Padilla; step-children, Rebecca Griggs, Martha Quershi, Thomas Padilla, Yolanda Webb, Jennie Renteria, James Padilla and Sharon Gallardy; sisters, Carmen Negrete and Stella Jauregui; 13 grandchildren; 16 great-grand-children; one great-great grandchild and numerous nieces and nephews.
See more See Less