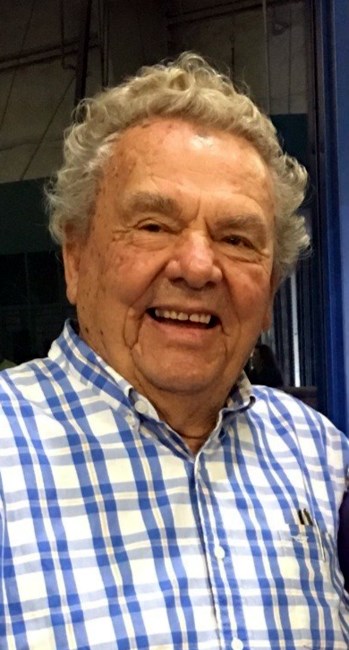 Jerry Dean Hansen was born on October 16,1938 and passed away on January 16, 2023 at the age of 84. Jerry was the youngest of three children born to Oscar and Mae Hansen.He grew up on a ranch in Kerman, CA and from an early age learned the meaning of hard work and developed a love of farming. He graduated from Kerman High School where he was a stand-out scholar athlete, and enlisted for a two-year service in the United States Army. He earned a Bachelor of Science Degree in Viticulture from Fresno State and landed his first job with Noble Vineyards where he was instrumental in developing 10,000 acres and a new winery. He met his wife, Carol Holm, at a dance at Huntington Lake and they were married in 1960. After purchasing a ranch in Kerman, Jerry became self-employed and together, he and Carol devoted themselves to raising their five children. Jerry’s hobbies included dancing, cheering on his grandkids, and sailing. Jerry sailed regularly for over 50 years and happiness filled his soul when he was at the tiller of his renowned San Juan 21, “Jerry’s Ferry.” Jerry’s competitive nature and passion for sailing resulted in a lifetime of winning championships at the High Sierra Regatta, North American and Western National Championships. Jerry was also an active community member, serving in many organizations: Sun Empire School Board, Kerman High School Boosters, Kerman “Chain-Gang”, Kerman Kiwanis, Fresno Yacht Club, Sierra High School Boosters, Danish Historical Society, Fresno Danish Dancers, and Danish Society Dania. He is preceded in death by his beloved wife of 54 years, Carol June Hansen; his parents, Oscar and Mae Hansen; his brother, Leroy Hansen; and his grandson, Joshua Mark Hansen. He is survived by his companion, Martha Nielsen; his daughter, Beth and grandchildren Hollie, Brian, Paige and Brett; his son, Mark (Monica) and grandchildren Joseph and Sarah(Micah) Harrington; his daughter Julie (Kerry) and grandchildren Brandon and Taylor; his daughter Heidi (Edward) and grandchildren Savannah, Courtney, Mason and Megan; his son, Rod (Missy) and grandchildren Haley(John)Tooley, Dillon(Billie), Chase(Nicole) and Triston; and his great-grandchildren, Charlotte Mae Harrington and Cash Xander Tooley. He is also survived by his sister, Marna Douglas. Visitation will be held at Stephens & Bean Chapel on Thursday, January 26, 2023 from 4:00-7:00 p.m. A Graveside Service will be held at Fresno Memorial Gardens on Friday, January 27, 2023 at 9:30 a.m., followed by a Memorial Service at Hope Lutheran Church at 11:00 am. Fond memories and expressions of sympathy may be shared at www.stephensandbean.com for the Hansen family.
See more See Less

In Memory Of Jerry Dean Hansen