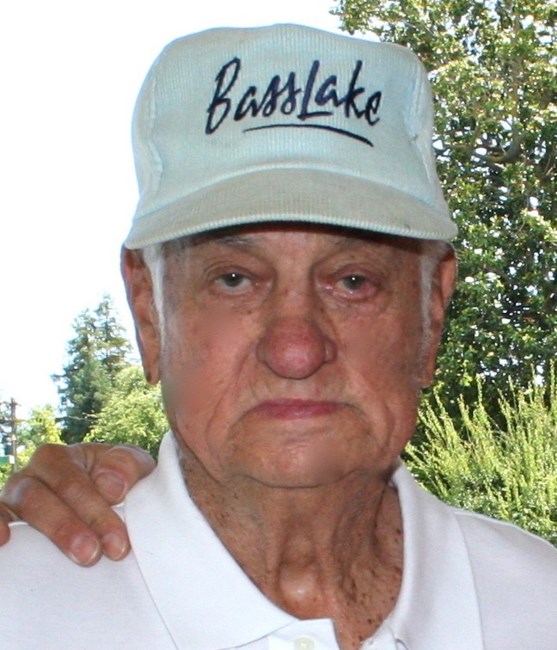 A loving husband, father, and grandfather passed to be with our Lord on Monday, January 24, 2011. Lou was born in Fresno to Bob and Madelyn Papac of Del Rey, Ca. An accomplished athlete, he gathered 17 varsity letters before graduating from Sanger High School in 1945. Joining the US Marines, he was a Rifle Marksman, a BAR Expert/Trainer, Bandsman and was 43-0 as a boxer. He enrolled at Fresno State College and lettered in football and basketball and was a founding member and president of Sigma Alpha Epsilon fraternity. Lou graduated in 1951 with a teaching credential and went on to coach at Sanger High then spent 35 years in the insurance business. He was an active member of the 20-30 Club, Optimist Club, Croatian Fraternal Union, Bulldog Foundation, a Past President of the Fresno State Alumni Association and a Charter member of the Fresno Athletic Hall of Fame. Lou's most cherished memories were those spent with family and friends at Bass Lake. Lou is survived by Betty, his wife of 59 years; son Bob Papac and his wife Christine of Idaho; daughter, Lori Nicholson and her husband Bob of Valencia, Ca.; son, Jim Papac and his wife Angela of Georgia, 11 grandchildren; eight great-grandchildren; sister, Stella Wisniewski; sister, Vinka Ball and her husband Dr. Robert; sister, Muriel Walton and her husband Jim; and sister-in-law, Joann Papac, wife of the late Nicholas Papac. A Funeral Mass will be held at St. Anthony of Padua Catholic Church, 5700 N. Maroa on Tuesday, February 1, 2011, at 10:00 a.m.. In lieu of flowers, the family requests that donations be made to the Hinds Hospice, 1616 W. Shaw Ave., Fresno, Ca. 93711; or the charity of your choice. STEPHENS & BEAN CHAPEL 202 No. Teilman Ave. Fresno (559)268-9292 stephensandbean.com Arrangements under the direction of Stephens & Bean Funeral Chapel, Fresno, CA.
See more See Less

In Memory Of Louis Robert Papac