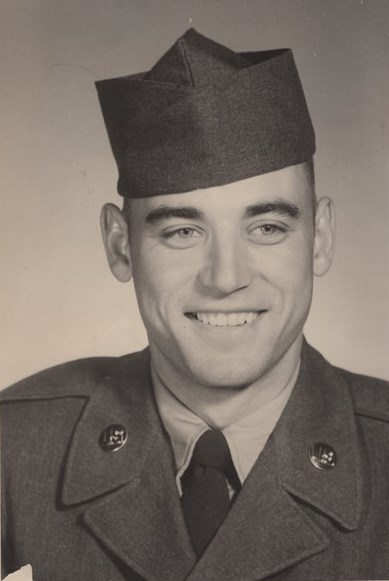 Peter Christian Dornhofer Born May 5, 1929—January 19, 2023 Peter was born in Banka Slovakia to Rudolf and Felicia. He had two brothers, Rudy and Paul, and a sister Felice. During the Second World War he and his parents fled to Austria, the home country of his mother. His love of the outdoors that was born of this place, became the very fabric of his being. Hiking the tallest alpine peaks, cycling with his one gear bicycle over the mountains, fishing pike in the Traun River and Lake, and hunting the woodlands became his lifelong passion. As a young adult he graduated from the Gmunden Agricultural Academy and was employed as a dairy inspector in the Alps. In 1952 Peter and his parents immigrated through New Orleans to Bonnie Doon California, then Santa Cruz, and eventually to Fresno. During the Koran War he served in the United States Army Reserve, being stationed at Fort Ord California. Peter married his bride Anna Kuest in 1957, and a year later welcomed Anna Marie, then Christie in 1961, and Peter in 1962. The first year of his marriage he drove a truck for Pepsi Cola, then later sold property through his company Dornhofer Realty. He passed his love of the outdoors to his children, 11 grandchildren (Matthew, Andrew, Becky, Christopher, John, Katrina, Caroline, Jessica, Kyle, Ryan Myles) and 7 great-grandchildren (Paisley, Hudson, Wolfgang, Jack, Callen, Elle, Everleigh). His great joy was to be the one to help them reel in their first fish. At the celebration of his 60th wedding Anniversary in his home back yard, he announced to his entire family, in his own words that he had “accepted Jesus Christ as his personal Lord and Savior,” and honored the faithfulness of his wife as the reason for his faith, his family, and all that was good in his life. With joy and hope we celebrate the life of Peter, and his homecoming to his heavenly Father. Until we meet you there, we see you running those mountains and fishing those heavenly streams with your renewed strong body. A graveside service will be held on February 10th at 1:30 pm at the Fresno Memorial Gardens, 175 S. Cornelia Ave., Fresno California. A reception will follow at University Vineyard Church, 4910 Woodrow Av., Fresno California.
See more See Less

In Memory Of Peter Christian Doernhoefer