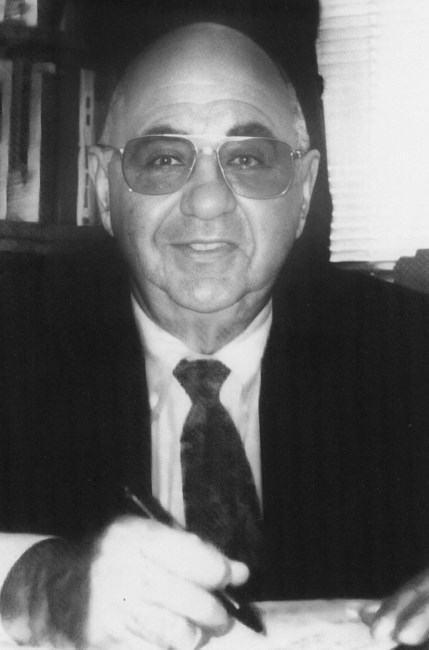 Seth Atamian, age 91, December 27, 1931 - January 21, 2023 On January 21, 2023, Seth Atamian, age 91, passed peacefully from this life into the arms of God surrounded by his loving family. Seth was born and raised in Fresno, California, where he married Beverly (Antranikian), built a family, and a legacy as a leader in education throughout the Central Valley. Although Seth grew up in rural poverty during the Depression era, his parents, Samuel and Zevart, raised him with the values of education and work ethic, which he applied and instilled in his own children. After earning his diploma from Central High School in 1949, Seth then went on to graduate from California State University, Fresno in 1954 with a degree in Education and later earned a Master’s in Elementary School Administration, also from Fresno State. His teaching vocation spanned six decades, during which time he impacted thousands of students at eight school sites. Seth began his career teaching sixth grade at Columbia School in West Fresno from 1954-58, and at Winchell Elementary from 1959-1964. In 1965, Seth was promoted to Vice Principal at Winchell, and in 1967, Seth became the first principal of Armenian descent in the Fresno Unified School District at Lowell Elementary (1967-71). He spent the next two decades as Principal at Dailey Elementary (1971-77), Wolters Elementary (1977-87), and Homan Elementary (1987-91). The Southeast Asian Community of Fresno recognized him as "Man of the Year" in 1987 based on his service to the hundreds of Hmong and Laotian students at Wolters in helping their refugee children adjust to the new environment and creating after school English language learning programs for their families. Seth’s passion for education and physical activity influenced his civic involvement as well, especially within the Armenian community of Fresno. He served on the board of trustees and building committee at Pilgrim Armenian Congregational Church, participated on search committees for a new pastor, and engaged youth in activities at the Goorabian Family Life Center. In 1983, he joined the Knights of Vartan Yeprad Lodge of Fresno serving on its scholarship committee for many years and as Commander in 1993-94. After retiring from Fresno Unified in 1996, Seth was asked to be the Principal of the Armenian Community School of Fresno during a struggling period of limited budget, low enrollment, and few credentialed teachers. The proposed six-month assignment turned into six years, and in the process, revitalized the school and delivered a thriving student body. Additionally, Seth was an Adjunct Professor of Education and Supervisor for Student Teachers at National University. During his 15-year tenure from 1991-2006, Seth garnered the reputation of always generating the best student teachers due to his high expectations, commitment to leadership development, motivating spirit and enthusiasm. In addition to his distinguished educational career, Seth co-founded and operated a successful farming business with his brother, Howard. Seth and Howard saved money from their teaching salaries and purchased their first 20-acre vineyard in 1958 for $37,000. This transaction began a successful partnership spanning more than four decades in farming. Through a series of land acquisitions, the brothers developed and operated 120 acres of raisin vineyards near Caruthers, CA. While tending to the farms required many long evenings, weekends, and summer days, the farms were a testament to his strong work ethic and the desire to better the financial condition in which he was raised. Despite the long hours he dedicated to his profession, Seth was a deeply committed husband and family man. Seth always made time for his three boys and often scrambled from one schoolyard to another to catch his sons’ baseball, basketball, or football games. It wasn’t unusual to see Seth rebounding jump shots or playing catch before a big game, even in his sport coat, tie, and wingtips. Seth was extraordinarily proud of his boys and would take every opportunity to proudly share that his sons graduated from Stanford and USC (despite his sons’ objections). In his free time, Seth was a voracious reader of historical biographies, an avid sports fan, and could often be found outdoors beautifying his yard or garden. He enjoyed spending time at Huntington Lake in the family cabin he built with his brother. Seth was also an active investor in stocks, especially in his later years, and always had a good nose for promising real estate. Seth was very active in his church and always emphasized the importance of faith in his family life. Most of all, Seth loved to gather with friends and family, and enjoy the company of his children, grandchildren, and many nephews and nieces. Seth is reunited with his parents and late son, David Atamian. He is survived by his beloved wife of 56 years, Beverly Atamian; his son Rodney Atamian, wife Tracy, and granddaughters Lilia and Dahlia; his son Steven Atamian, wife Vanessa, and granddaughters Zenaida and Isla. He is also survived by his brother, Howard Atamian and wife Rosie, and sister, Marian Eritzian. Visitation will be offered at Whitehurst Chapel on February 3, from 4:00-7:00 pm. A funeral service will be held Saturday, February 4, at 11:00 am at Pilgrim Armenian Congregational Church. Private interment at Masis Ararat Armenian Cemetery following the funeral service. Memorial reception to follow at Saint Paul Armenian Church at 1:00pm. In lieu of flowers, the family requests remembrances made to: Pilgrim Armenian Congregational Church, Charlie Keyan Armenian Community School, or Global Brigades - Medical Clinic Missions. A visitation for Seth will be held Friday, February 3, 2023 from 4:00 PM to 7:00 PM at Whitehurst Sullivan Burns & Blair Funeral Home, 836 E. Nees Ave., Fresno, CA 93720. A prayer service will occur Friday, February 3, 2023 from 7:00 PM to 8:00 PM, 836 E. Nees Ave., Fresno, CA 93720. A funeral service will occur Saturday, February 4, 2023 from 11:00 AM to 12:00 PM at Pilgrim Armenian Congregational Church, 3673 N. First St, Fresno, CA 93726. Fond memories and expressions of sympathy may be shared at www.whitehurstsullivan.com for the Atamian family.
See more See Less

In Memory Of Seth Atamian