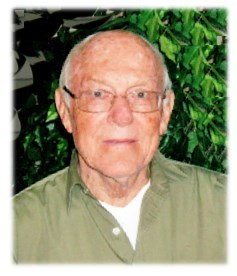 Dr. Thomas Rudolph Callahan, born in Boston on March 4, 1929, passed away at the age of 91 on March 13, 2020, in Fresno, California. A graduate of the Massachusetts Institute of Technology and the Heidelberg School of Medicine, he moved to Fresno in 1970 as a psychiatrist with his first wife, Dr. Rosemarie Callahan, also a psychiatrist. They had a loving marriage of 36 years and raised four children. She sadly left his life due to cancer in 1991. He worked as a staff psychiatrist at Kings View Hospital in Reedley, California for 20 years before beginning a private practice in Fresno, California, retiring in 2015. Tom was actively involved in the cultural life of Fresno, serving on the Board of Directors for both the Orpheus Chamber Music Ensemble and the Keyboard Concert Series. In addition, he was an avid pianist, and bridge player, acted in a local production of the "The Rimers of Eldritch," was a runner and reader, being in several book clubs for the past 25 years. In 2015, he started a men's group, "Proximity," which goes strong to this day. Tom will be remembered as a passionate, creative, and loving man who lived life with enormous conviction and courage. He loved the outdoors, fast cars, tending his garden with its beautiful ponds of Koi, to laugh, to address issues facing both his community and the world with honesty, and to do everything he did with a sustained level of effort and integrity. He is survived by his loving wife, Elaine Callahan, his sister, Genevieve Appel, his children, Genevieve, Dominic, David and Daniel and his step-daughter, Annette. In addition, he has 11 grandchildren and 7 great grandchildren.
See more See Less

In Memory Of Thomas Rudolph Callahan