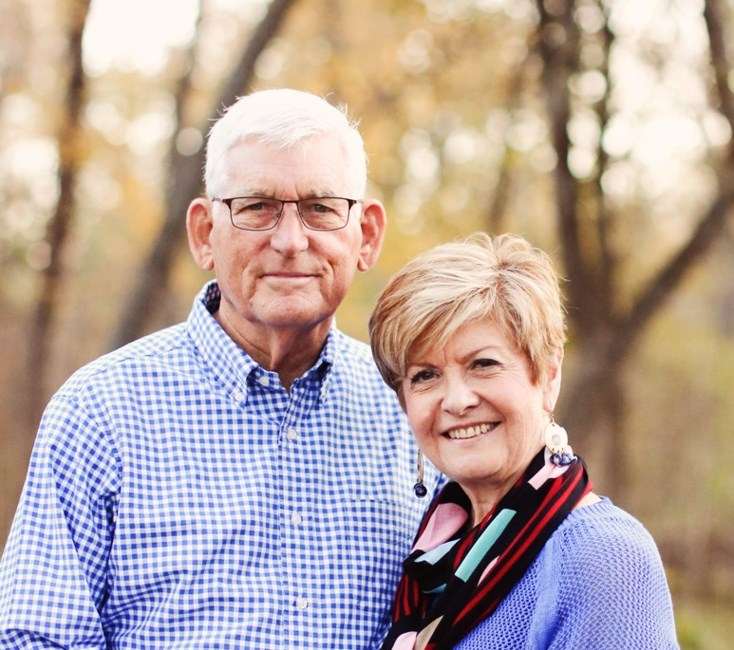 Mark Elliott Swafford went to be with his Lord and Savior on December 6, 2015, surrounded by his family and friends. He was born on June 11, 1942, in San Antonio, TX, to Max Elliott Swafford and Bennye Ferol Swafford. He graduated from Edison High School in San Antonio, TX, in 1961 and went to Texas Tech University in Lubbock, Texas, graduating with a degree in Retail Business. He began his 35-year career with JCPenney while in Lubbock, and the company held his position when he was drafted into the Army in 1966. He served in the Vietnam War for two years as a chemical engineer specialist. After his return, he became a Men’s Department Manager and later a General Manager at JCPenney stores in Lubbock, and was then transferred to Tulsa, Oklahoma, where he became a District Manager. After 11 months, he was transferred to Plano, Texas, as Children’s Merchandise Manager for the region for 6 years. In 1982, he became Store Manager for the first time in Jefferson City, Missouri. After 15 months, he was transferred to a larger store as the Store Manager in Columbia, Missouri. In 1984 he returned to Plano and was Regional Custom Decorating Manager until he was transferred to Topeka, Kansas, in 1988 to open a new store at Westridge Mall as the Store Manager. He took a buyout from JCPenney in 1999 and relocated to Rockwall, Texas. He called Prosper, Texas, home since 2009 and loved living in such a tight-knit community. Never able to stay still for long after retirement from JCPenney, he began volunteering for Liberty Institute, the largest legal group devoted exclusively to religious freedoms cases across America. Mark served faithfully as COO for Liberty Institute for over 10 years during a key time of growth and success. His service and commitment to Liberty Institute and to the Lord was unequaled and was an example set for all who would follow. Following his departure from Liberty Institute he became part of the core team of Christian leaders that in 2013 started Texas Values, a Judeo-Christian legal and public policy nonprofit organization that protects faith, family and freedom. His experience and guidance in business and human resources led to Texas Values doubling its budget and staff in two short years and he continued to be an indispensable member of the Texas Values team until his death. In addition to his long career, he volunteered with many ministries as an expression of his desire to serve “the least of these,” following Christ’s command in Matthew 25. He was preceded in death by his parents and his brother, Mike Swafford. He is survived by his loving wife of 47 years, Vicki Langston Swafford; his three devoted daughters, Kim Keffer, Wendy Kolb-Fagen and Heather Cross; his precious grandchildren, Carson Cross, Max Keffer, Ben Keffer, Macie Kolb, Mark Thomas Keffer, Reese Cross, Molly Kolb, Ella Keffer and Blake Fagen; his brother, Tom Swafford, and his sister, Gayle Swafford Niss. A memorial service will be held at 11 AM on Monday, January 4, at Gateway Church, located at 7125 Legacy Drive in Frisco, TX. Please join us as we celebrate his life, his commitment to his family, and his passion for serving God and others. In lieu of flowers, the Swafford family kindly asks that you consider donating to the following agencies, in memory of Mark, who actively volunteered with both organizations: Bethlehem Place Food Pantry, 107 S Church Street, Prosper, TX 75078, www.bethlehemplace.org, or Cornerstone Assistance Network of North Central Texas, 304 E First Street, Prosper, TX 75078, www.cornerstonenct.org.
See more See Less

In Memory Of Mark Elliott Swafford

In Lieu of Flowers, please donate to: