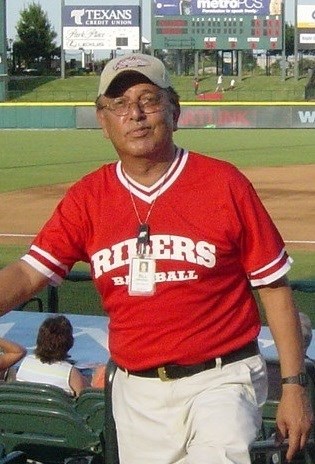 William Michael Mazzeo was born August 14th, 1944, in Brooklyn, New York and entered into eternal rest on November 6th, 2017 in Frisco, Texas. Bill was the oldest of three siblings, Marie and John born to Michael Frances and Mary (Manetta) Mazzeo. He grew up in New Hyde Park, New York and graduated from Sewanaka High School. He made money in the summers working at Jones Beach Pool. He later went on to achieve his Bachelors of Arts at Queens College. He joined the Army and was a Chaplain Assistant SP5 and was awarded the National Defense Service Medal of good conduct. He married the love of his life Barbara Jean Mazzeo on March 27th, 1971. They had a beautiful marriage of 46 years and two wonderful children together, Danielle Mazzeo Ingold and Justin Paul Mazzeo. “Brooklyn Bill” as he was fondly called worked for JCPenney as the senior buyer of women’s clothing. He was a lover of mafia movies, like the “Godfather” and a big fan of Marlin Brando and Robert DeNiro. He also enjoyed the music of Frank Sinatra, Jimmy Roselli, and the Beach Boys. True to his heritage, Bill loved everything Italian, especially the holidays and festivities. Willie was a great fan of all things sports, with hockey being his most beloved. He worked at Cowboy Stadium, American Airlines Center, and Allen Event Center. He also spent time working at the FC Dallas, Star and Rough Riders Stadium. His favorite pastimes were to be in his “cave” watching his 50’ TV and playing hockey or make-believe games with his grandchildren. He will be remembered for his favorite saying “To make a long story short” and “Listen to your coach” and signing every text message to his daughter “Love Dad”. William “Willie” Michael Mazzeo is preceded in death by his parents and survived by his loving wife, Barbara Jean Mazzeo, his daughter Danielle Mazzeo Ingold and his son Justin Paul Mazzeo as well as his son-in-law, Jason Ingold and two grandchildren who were the ultimate lights of his life, Gianna and Joe Ingold. Bill was loved while he was here with us on earth, and we will continue to love him through time and all eternity. Arrangements under the direction of Stonebriar Funeral Home, Frisco, TX.
See more See Less

In Memory Of William Michael Mazzeo