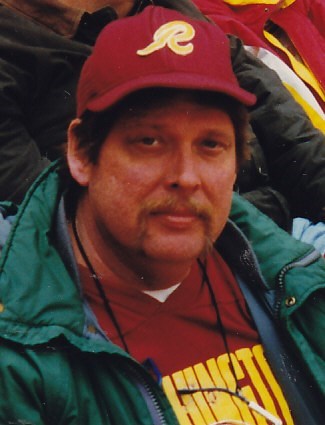 James Everette (Jim) Oliver of Strasburg, VA, died unexpectedly February 6, 2017, at his home. Jim was born to John Princewood Oliver, Jr. (deceased) and Margaret James Oliver on December 12, 1952, in Lynchburg, Va. Jim graduated from Warren County High School in Front Royal, and served in the U.S. Navy. Jim was employed as an industrial electrician by O’Sullivan Films in Winchester. Jim is survived by his mother of Richmond, his son Jared Wesley Oliver (Andie) of Erie, PA, step-daughter Katie Ritenour of Winchester, and grandchildren Kyrah, Wesley, Blake, Hailey, and Jenna. Jim is also survived by his siblings John Oliver (Charlotte) of Long Beach, MS, Rozanne Oliver of Charlottesville, and Arlene Stetson (Philip) of Massanutten; and numerous nieces and nephews. Jim was a quiet man with a wry sense of humor. He loved all sports, especially Redskins football and NASCAR racing, and was a lover of crossword puzzles. He enjoyed cooking and his homemade rolls were a feature of family holiday dinners. A memorial gathering will take place at Turner-Robertshaw Funeral Home on Saturday, February 11, 2017 from 5-7pm. In lieu of flowers, the family invites you to make a donation in Jim’s memory to the American Diabetes Association, 2451 Crystal Drive, Suite 900, Arlington, VA 22202 or a charity of your choice.

In Memory Of James Everette Oliver