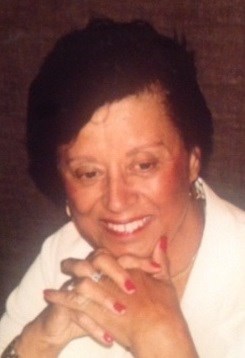 On January 5, 2017, Jean Fernandes Barbour, the beautiful light that glowed among us for 78 years, became a star in the heavens, from where she will shine on us eternally. Jean was born on June 13, 1938 to Henrique “Henry” Fernandes, Sr. and Mary Britte Fernandes in Marion, Massachusetts. She is survived by one brother, Steven Fernandes, and three sisters: Elizabeth Walker, Nancy Concholar, and Julie Ann Gomes. Jean was preceded in death by three brothers: John Teixeira; Henry Fernandes, Jr.; and Manual Fernandes; and one sister, Flora Pina. She was married to the love of her life, Charles Barbour on December 31, 1960. Their 56-year union was blessed with three daughters: Renee Cheryl Barbour, deceased; Elaine Barbour Curry (Charles); and Brenda Marie Barbour (Laton O’neal Palmer). She was the adoring grandmother of five grandchildren—Austin Curry, Kendyl Curry, Langston Curry, Evan Palmer, and Lane Palmer—and the loving aunt to a host of nieces and nephews. While Brenda and Elaine were growing up, the family moved from state to state, but Jean never lost sight of her educational goals. You would often hear her say, “It took me 20 years and six colleges, but I finally earned my degree.” She graduated from the University of Connecticut in 1985 with a Bachelor’s in psychology. One of Jean’s greatest joys was spending time with family and friends. Her favorite past times included lunches with “girlfriends” of more than 50 years, as well as golfing, painting, and traveling. She visited Germany, France, Austria, Great Britain, Jamaica, Mexico, and more than 20 U.S. states. But the highlight of her travels was her 2014 family trip to Cabo Verde, her parents’ homeland. If you knew Jean, you knew she was Charles’ biggest fan. His mission was her mission, whether it was moving the family to support his career, campaigning for Democratic candidates, working with the NAACP, or advocating to have the new elementary school in Front Royal named after Hilda J. Barbour. Having retired to Front Royal twenty-three years ago, Jean and Charles were deeply rooted in this community. Jean regularly attended John Wesley United Method Church and enthusiastically volunteered with their “Feed the Hungry” Program. She also volunteered with the Blue Ridge Arts Council, Blue Ridge Hospice, The Originals Tutoring Program, and the Women’s Resource Center The lives of those she touched will be forever brighter.

In Memory Of Jean Fernandes Barbour