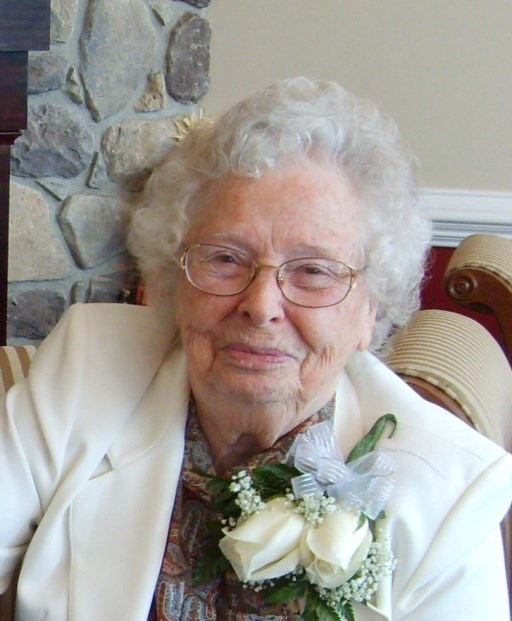 Lillian Ann Verlo (nee Litty), cherished mother, passed away on May 16, 2016 at the age of 95 in Bentonville, VA. She was born September 27, 1920 in Seward, NE to John and Anna Litty, the fourth of five children. Lillian met Clayton Verlo at the Plamor Dance Hall near Lincoln, NE in the summer of 1942 and married him in Spokane, WA in October 1943. Shortly after, she learned her husband was a German POW in Austria. Courageously, Lillian continued to serve her country as a member of the United States Navy WAVES. As a member of the Armed Forces, Lillian had access to the POW camp records at the War Department and was able to keep track of her new husband. Upon his return, Lillian and her husband became students at the University of Wisconsin, Madison. She enrolled in the Home Economics Department, making life-long friends with other veterans and students. The couple settled in Des Plaines, IL where Lillian was an at-home mother and created a loving home for their three children. She was a long-time member of St. Stephen’s Parish in Des Plaines and enjoyed attending a Ladies Theology Group. She was an avid learner studying theology, graphology and gathering information about family history. Lillian enjoyed sewing and later went to work at Cabrini Retreat Center and in the office at Notre Dame High School in Niles IL to help put her children through college. In her retirement years, Lillian moved to Wisconsin with Clayton where they settled in the LaCrosse area. She enjoyed traveling throughout the United States, Alaska, Norway and even Israel. Winters were spent in the warmth of Benson, AZ, in the company of good friends. Later they relocated to Virginia to be closer to and cared for by daughter Patty. Lillian is survived by three children; Patty (Robert) Metcalfe of Flint Hill, VA; Karen (Randy) Schild of Ingleside, IL; Alan Verlo of Schaumburg, IL. She will be remembered by six grandchildren; Justin (Jennifer) Schild, Anna Metcalfe(Josh Clausen), Rebecca (Luke) Stone, Jessica (Ernesto) Villalobos, Joanna (Vince) Villalobos, Jonathan Schild and eleven great-grandchildren; Taylor, Ryan, Samantha, Jenna, Mateo, Emma, Olivia, Leo, Sam, Lainey and Annelie as well as nieces, nephews and cousins. All because, in Lillian’s words, “Two people fell in love!” She taught her family about faith, courage, determination and strength of family and she will be greatly missed. In addition to her parents, Lillian was preceded in death by her husband, Clayton Verlo in 2011. Memorial donations may be made to your favorite charity in her name.

In Memory Of Lillian Ann Verlo