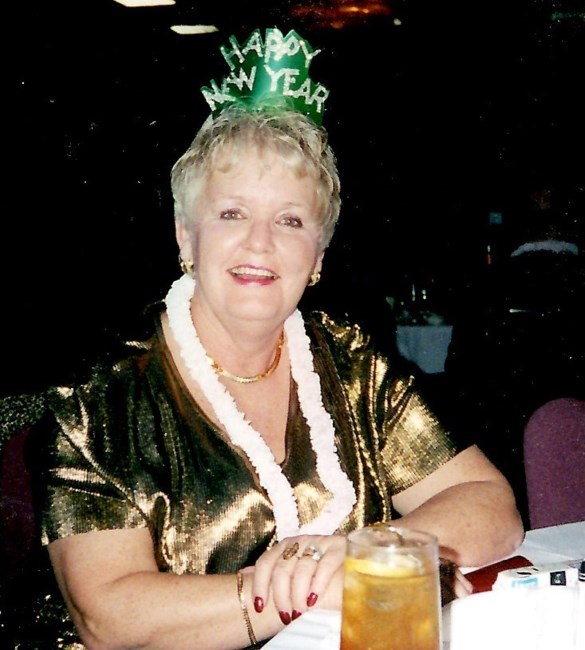 Peggy Andrews Woodward, age 67, died on March 1, 2017 in Culpeper, Virginia. Peggy shared the past 17 years with her loving companion, Henry “Hank” Fronius, at their Culpeper home. Hank was a committed and devoted partner to Peggy, and for this her family will be forever grateful. Hank and Peggy loved their dogs, Luckie and Brandy, and together they recently mourned Luckie’s loss. Peggy was born on April 18, 1949 in Front Royal, Virginia, to Giles and Catherine (Fogle) Andrews. She attended Warren County High School, when she met and subsequently married her first husband, M. Wayne Sutphin of Flint Hill, Virginia in 1966. They had three children, Kevin Wayne Sutphin, who died in infancy, Tracey (Sutphin) Miller, and M. Wayne “Peanut” Sutphin, Jr. Throughout their childhood, Peggy worked as a bus driver for the Rappahannock County Schools, which also allowed her to be a steadfast cheerleader at their athletic events. In 1982, she married her second husband, John Henry Woodward of Castleton, Virginia. Peggy served for over 20 years as a member of the Castleton Volunteer Fire Department, and for many years she was Captain of their Rescue Squad. She was a friendly face at Culpeper Memorial Hospital for 15 years, where she was a technician and unit clerk for the Emergency Department. Peggy was a lover of music, laughter, good food, and family. She played a mean game of cards, with many hours spent with her “friends on the hill.” She loved being outside in the summer months, either reading Danielle Steel at the pool or tending to her flowers. Peggy believed strongly in community service. She was full of energy and had a magnetic personality. She will be greatly missed by her family: Tracey and her wife Christie have two daughters, McKelden and Zella. Peanut and his wife Denise have a son, Christopher (and grand-daughter, Skylar-Grace), and a daughter, Ashleigh. Peggy is preceded in death by her sisters Patricia Kremer and Billie Jean Andrews. She is survived by her siblings Ray Andrews (and wife Patty), Rex Andrews (and wife Caroline), Rita Merchant, and Terry Franklin. A memorial gathering will be held at Turner Robertshaw Funeral Home located at 1200 N. Shenandoah Ave in Front Royal, Virginia on Thursday 3/9 from 6 to 8 pm. Please bring a story about Peggy to share. Flowers may be sent to the funeral home. A family burial will be held at Panorama Memorial Gardens in Waterlick, Virginia on Friday 3/10 at 11 am.
See more See Less