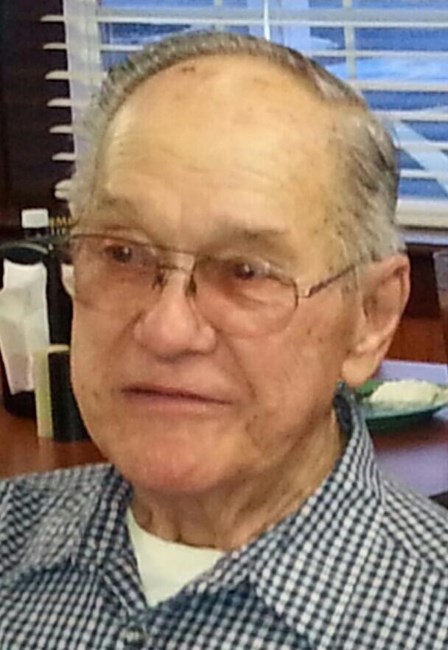 Raymond Lee Henry, Sr., age 85, of Middletown, passed away on Sunday, December 31, 2017. A funeral service will be conducted on Saturday, January 6, 2018 at 11:00 a.m. at Turner-Robertshaw Funeral Home in Front Royal with Reverend James Bunce officiating. A military burial will be held at Reliance Cemetery, Middletown. The viewing will be held on Friday, January 5, 2018 from 6-8 PM at the funeral home. Following the graveside service, everyone is welcome at Marlow Heights Baptist Church, 517 Braxton Road, Front Royal for a meal and fellowship. Mr. Henry was born in Frederick County on March 22, 1932. He was the son of the late William Wesley and Vernie Katherine Littleton Henry. He was the owner of Henry’s Trucking and well respected business man. He was a loving father, grandfather, great-grandfather, brother, neighbor and friend to all he met. He was proud to serve his country in the United States Air Force, where he was stationed in Germany and worked in the Dental Clinic. He loved caring for the animals on his farm, particularly his palomino, Thunder. He also enjoyed tennis, ping-pong, pool volleyball, horse shoes, he loved cookouts with his family; and absolutely loved his flowers and gardening. He was an adamant lottery player. He is survived by his significant other, Phyllis Alderman Estes; his sons, Douglas Lee Henry and wife Holly of Front Royal; Raymond Lee Henry, Jr. and fiancé Sandy of Middletown; daughters, Tammy Henry Monk of Middletown and Mary Catherine Henry of Winchester; brother, Richard Wesley Henry and wife Bonnie and Leroy Henry; his sister, Pauline Henry; his grandchildren, Brittany Henry, Brandon Henry, Madison Henry, Zachary Henry, Taylor Henry, Joshua Bennett, Kristie Spitler; and his great-grandchildren, Rylan Northcraft and Landon Bennett. He was also survived by Phyllis’ children, Phillip W. Estes and wife Tanya of Hedgesville; Jacob E. Estes of Winchester; and Julie E. Varney and husband Todd of Winchester; and her grandchildren, Dakin Estes, Briar Estes, Gracie Estes, Brayden Estes, Dylan Varney, Natalie Varney, Makayla Varney, Hudson Estes, and Lilly Estes. In addition to his parents, Mr. Henry was preceded in death by his wife, Carolyn Faye Ward Henry; his sons Donald W. Spitler and Robert A. Spitler; his brothers, Johhny Henry, Monroe Henry and Albert Henry; and his sister, Pearl Dicks. He will be laid to rest next to his late wife Carolyn Henry. Pallbearers will be J. W. Henry, Rennie Cook, Jacob Estes, Todd Varney, Andy Varney and Kevin Barr. In lieu of flowers, donations can be made to American Cancer Society, Virginia State Police, Operation Smile or Marlow Heights Baptist Church.
See more See Less