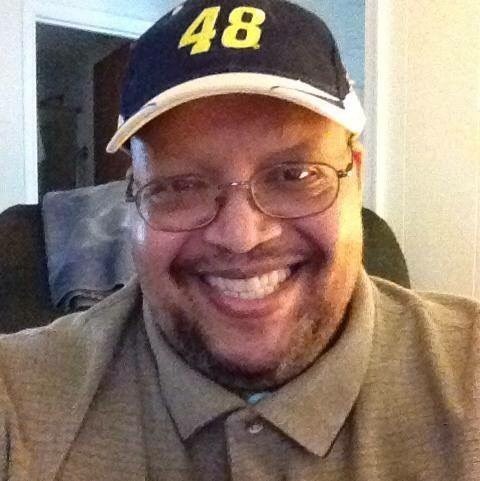 Robert was born on March 13, 1962 at Warren Memorial Hospital in Front Royal. Though Robert previously lived in Harrisburg, PA for ten years, he always considered Front Royal his home. He graduated from Warren County High School in 1981, where he had a passion for football.

Robert always seemed to gravitate towards jobs that allowed him to utilize his special and unique style of customer service skills. At Ramsey’s Hardware, UGI Grocery Store and most recently, Martin’s Grocery Store, as Assistant Produce Manager, Robert always left you with a smile.

Robert was an avid history and current affairs buff. He enjoyed many debates and discussions on anything, from the Bible to how to select the correct produce. His love of music spanned a wide variety, but GoGo music with Chuck Brown, according to him, was old school at its best. Robert loved to bake, especially during the Christmas holiday. A container of oatmeal cookies was by far the best holiday treat for many.

During the year, you could always find Robert cheering for one of his favorite teams, whether it was the Pittsburg Steelers or the New York Yankees, and of course, NASCAR was never far behind.

He is also survived by numerous nieces, nephews, great-nieces, and great-nephews, who all called him “Uncle Brother” or “Uncle B” as well as numerous cousins, aunts and uncles.

He is preceded in death by his father, Robert Jackson Turner, Sr., his sister, Stefanie Turner-Jackson, and his grandparents; John Downing, Sr., Ruby Downing Rengie, and James and Lucy Turner.

Services will be held at 1:00 pm on Saturday, August 5th at Turner-Robertshaw Funeral Home. Family will receive friends at 12:00 pm to 1:00 pm. Burial services will take place immediately following the service at Good Hope Cemetery in Front Royal.

In Memory Of Robert Jackson Turner