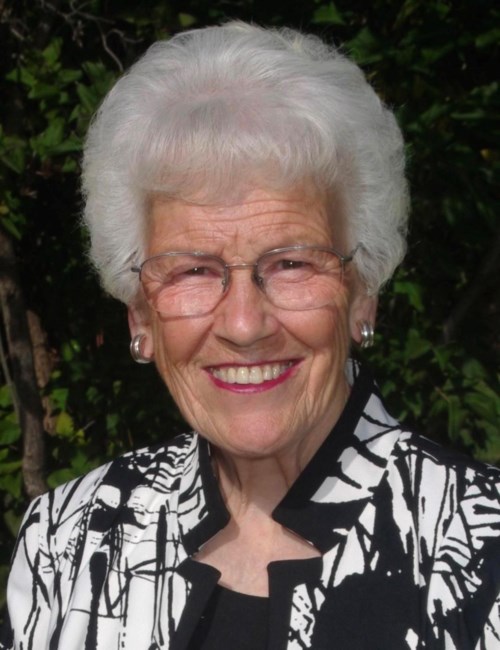 Beverly Simmons Buss of Greeley, CO, passed away January 19, 2023 from complications associated with dementia. Beverly was born in Pittsburgh, PA and grew up nearby in Allison Park, PA. She loved to explore the woods, read books on the porch swing, and go swimming on hot summer days. She was active in her junior and senior high schools playing violin in the orchestra, snare drum in the marching band, playing on the women’s basketball team, and serving as a class officer. After graduating from Hampton High School, she attended Brigham Young University where she first studied Physical Education, but graduated in Elementary Education. From 1955-57, Beverly served as a missionary for the Church of Jesus Christ of Latter-day Saints in the Eastern States Mission which included Pennsylvania. In 1958, she was introduced to Warren Buss during his missionary service in Palmyra, NY. He reconnected with her at BYU after he returned home and they were married in June 1960. Later that year, she began her teaching career in second grade at Lehi (Utah) Elementary School. Their journey together took them from Provo, UT, where Kenneth and Jerry were born, to Ames, IA where Alan was born, and on to Greeley, where NanEtte and Diane were born. As her family grew, Beverly began engaging in community events. In 1968, she joined the Greeley Chorale and sang with them for 34 years. They toured the world, taking her to Europe, England, Scotland, and China. In 1968, she also joined the Fortnightly Musical Club. She served in several officer positions and loved meeting with the members in their homes twice a month to share their musical talents. Beverly also joined the Independence Stampede Troupe when it started in 1974, performing in 14 summer musicals over the years. Beverly also loved to play the piano, so after retiring, she accompanied the Greeley Children’s Choir, the Greeley West Choir, the Jackson Elementary Choir, and many budding musicians in solo and ensemble contests. In 1976, Beverly returned to the classroom as a teacher’s aide, renewing her license and teaching part-time in 1980 in Weld County School District #6. She eventually secured a position at Jackson Elementary School near her home where she taught several grades, but mostly first grade. She loved her students and loved watching them grow and learn to read. She could decorate her Christmas tree solely with ornaments from her students! Of all the titles and roles Beverly held, she treasured “Mom”, “Grandma”, and "Great-Grandma" the most. She attended as many soccer, volleyball, basketball, and baseball games, musical concerts, award ceremonies, ballet performances, etc. as she could. She taught her children to work hard and led by example, such as helping with paper routes on cold, dark mornings when no one wanted to get out of bed. She loved visiting with her grandchildren and made long-term arrangements to bring her entire clan together for family reunions every other year starting in 2000. These reunions created a lasting legacy of love and choice memories. Finally, Beverly was a devoted disciple of Jesus Christ. She consecrated her life to loving and serving God and neighbors. She belonged to The Church of Jesus Christ of Latter-day Saints and served individuals of all ages in multiple roles and responsibilities. Even in her advanced stages of dementia, she never forgot to pray. Her life and example blessed many. She is survived by her husband, Warren; sons, Kenneth (Lisa), Jerry (Tana), and Alan (Beccie); daughters, NanEtte (Brian) and Diane (Mark); her 17 grandchildren and 8 great-grandchildren; and her sister, Joy Viehweg. She was preceded in death by her parents, Robert B. Simmons and Florence P. Simmons, and her brother, Lee Simmons. Please see below for information and detail regarding the public viewings and memorial service. If you are planning to send flowers, please have floral arrangements delivered to Stoddard Funeral Home located at 3205 W 28th St, Greeley, CO 80634 ahead of the public viewing and/or memorial service.
See more See Less

In Memory Of Beverly Simmons Buss