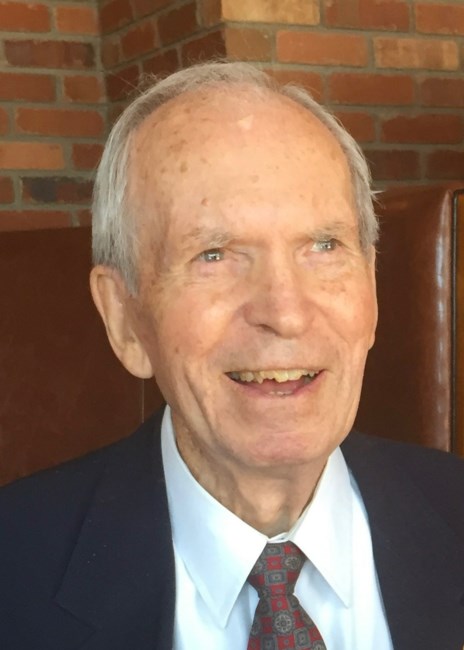 James F. “Jim” Austin died July 31 at his home in Fort Collins a few months after he had celebrated his 100th birthday with family, neighbors, friends, and fellow church members. Jim was steady, kind, generous, good-humored and always quick to build and maintain friendships. Jim’s family moved from South Dakota to Denver in 1937. He graduated from East High School in Denver in 1940, then started college at the University of Colorado in Boulder. During World War 2, Jim helped construct Camp Hale near Leadville, Colo., for the training of U.S. Army's ski troops. He enlisted in the Army Air Corps in 1943 and served in an army hospital laboratory in Laredo, Texas, and later at the Hanford Site in Washington. After the war, Jim returned to Boulder and graduated from C.U. with a business school degree in marketing. Jim met the love of his life, Marijo Housel, in Lincoln, Nebraska, where he was starting his career. In 1951, Jim moved back to Denver with Colorado Rancher and Farmer magazine where he was advertising manager and eventually became publisher. During his career Jim served as president of the Advertising Club of Denver and president of the national Agricultural Advertising and Marketing Association’s Rocky Mountain Division. He and Marijo moved from Denver to Fort Collins in 2007. Jim was an active member of the Heart of the Rockies Church, where his memorial service was recently held. He is survived by Marijo, his wife of 71 years; daughter, Sally Leigh (Bruce) of High Point, NC; sons, Tom Austin (Lori) and Bob Austin (Kathy), both of Fort Collins; and seven grandchildren: Ben, Eric, Amy, Nathan, Tyler, Abbey and Erin; and one great-grandchild, Sophie. Jim was preceded in death by his brother David Austin and sisters Anita Watson and Lorna Means. Memorial contributions can be made to Murphy Center for Hope or Heart of the Rockies Church.
See more See Less

In Memory Of James Franklin Austin