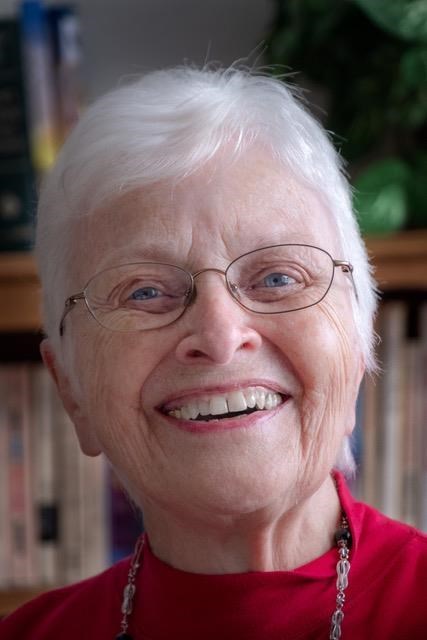 Jean Davenport passed away peacefully in her sleep on Saturday, January 21st, 2023. She was 92 years old. She is survived by her three children, David Fanning (and wife, Carol Seemueller), Rhonda Fisher (and husband, Duane) and Tom Davenport (and wife, Suzan), and by her brother, Dick Rockwell (and wife, Pam). She is also survived by seven grandchildren and three great grandchildren. Jean never liked to be the center of attention. She liked to work behind the scenes. She was always ready to help in any event and in any way possible. She loved music, games, puzzles, Golden Retriever puppies, her grandchildren, and all sports. Her grandchildren remember her most for the fun she had with them. She was always ready for a game of Rummikub or Battleship. In her last few weeks, my mother loved to look at one of her favorite pictures on her wall and tell me the story of her as an 8 year-old "mascot" for the Waverly High girls basketball team. Her job was to lead the team out onto the court, dribbling a basketball, and make the first layup. She told me (more than once!) that she NEVER missed. Knowing my mother's propensity for truth and integrity, I take her at her word! My mother was a beautiful woman all her life, starting (as I discovered in a family photo album I found in her apartment after she passed) as a contest winner in a Sears National Baby Contest. I even found the trophy she kept for over 90 years in her possession. My mother used to love to come over to our house to see and play with the Golden Retriever puppies we raised. One year my mother volunteered to take care of the puppies while we took the kids to Germany on vacation. Every time she came over, she would laugh and retell the story of how she and an neighbor woman would rock the puppies to sleep each night and how the puppies got loose one day and had to be rounded up in Keystone Kops fashion as they wandered off down the street! My mother's life was not without pain and struggle. She was divorced twice and spent long periods of time raising her family as a single woman, working at the bank by day and teaching piano lessons at night and weekends to make ends meet. I never once saw her depressed or less than optimistic about life. She was a joy to be around, and the kind of person who makes everyone around her feel better about their lives. She was an enormously loyal friend and was always reaching out to those less fortunate than she was. Music and playing the piano were her life. I can't imagine how many hours a day she practiced, but I'm sure a day never went by without it. Her life and her apartment were filled with music, always. So it was a heavy blow when a hearing disorder in her late 80s caused her to not be able to hear music properly. In her final years she gave up her piano and turned to word puzzles and watching the Colorado Rockies on television for entertainment, but it wasn't the same. Still, I rarely heard her complain. My mother was an inspiration and example to me all her life. Her memory will survive generations of people who knew her as a friend, a companion, and a force in her community. In lieu of flowers, Mom asked that people consider a donation to the Pathways Hospice of Northern Colorado. These fine people were also friends of hers at the very end.
See more See Less

In Memory Of Jean Davenport