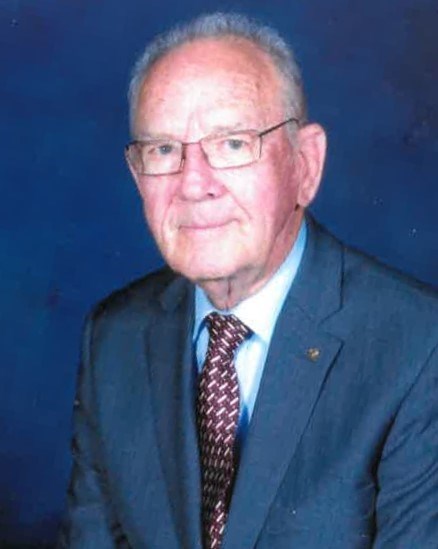 Paul Gill of Fort Collins died Tuesday, January 17, 2023 He was preceded in death by his infant son, Charles Lawrence, 59 year old son Glenn Eddie, his father Glenn, his mother, May, two brothers, Glenn and Eddie and three sisters, Eleanor, Shirley and Cyndy. Survivors include his wife of 64 years Glenda, sister Georgia, of Albuquerque, NM, numerous nieces and nephews and special family Jesse and Loretta Brown in San Antonio, TX. Paul was born in Hays, KS on 16 October, 1936. He loved Kansas and this country unashamedly. During the Korean Police Action he made the commitment to serve in appreciation of his good fortune to be born an American. At age 17 he enlisted in the Air Force in 1954. His 30 year career included tours at Eielson AFB, Alaska, Goose AB, Labrador, Canada, Canadian Forces Base, North Bay, Ontario, Canada and Osan AB, Korea. He performed temporary duty on Guam, and various bases in Japan, Philippines, United Kingdom, Spain and Germany. Stateside tours included Lackland AFB, San Antonio, TX, Biggs AFB, El Paso, TX, Offutt AFB, Omaha, NB, Ellsworth AFB, Rapid City, SD and Kelly AFB, San Antonio, TX. Sixteen years of his military career were in the Strategic Air Command. On 20 June, 1958 Paul married Glenda Gae Fox of Hays, KS. Glenda’s lifelong gift was her support of Paul’s career. As an Air Force wife, she created homes out of houses from Alaska to Texas, Labrador to South Dakota, often under difficult circumstances. Glenda adjusted and became active in communities where the family was assigned, either teaching at the elementary level or participating within a base or Methodist Church program. Son Glenn, born at Ladd AFB, Fairbanks, Alaska, broadened his love of worldwide travel and adventure through these moves. Paul retired as a Chief Master Sergeant (E-9) from US Air Force Electronic Security Command in 1984. His military achievements were recognized by the Meritorious Service Medal with two oak leaf clusters, Air Force Commendation Medal with three oak leaf clusters and other decorations and awards. Paul was a graduate of the Air Force Junior and Senior NCO Academies. He held an Associate’s Degree from the Community College of the Air Force. In 1985 he entered Federal Civil Service as a Personalist at Kelly AFB, where he was employed 11 years before a second retirement as a GS-11 in 1996. As a veteran of both the “Korean and Vietnam Era”, Paul was selected to participate in the National Honor Flight Program and visited the war memorials in Washington, DC in September 2014. Paul was a member of the First United Methodist Church of Ft. Collins. He was an endowed member of Somerset, TX Masonic Lodge 1205, an endowed 32nd degree Scottish Rite Mason, Valley of San Antonio and a Shrine Mason. He was a member of the Golf Unit and a member emeritus of the Burning Sun Go-Kart Unit of Alzafar Temple in San Antonio. In his youth and first career he was an avid camper, fisherman and hunter. Golf became his passion in later years. He was a volunteer school mentor and tutor in San Antonio and Ft. Collins. He became active at the First United Methodist Church and in his neighborhood homeowners association. Paul strongly believed that by being active and contributing you could make a difference in the life of a child and the quality of your community. Paul and Glenda enjoyed highway travel, numerous cruises and periodic trips to their beloved Rockies of Colorado. After 31 years in Texas, he and Glenda relocated to Ft. Collins in 2006. The family appreciates the care and professionalism of Samantha Davis at Miramont Clinic, Dr. Sorensen, his team and the administrative staff at UC Health Harmony campus, and the doctors and staff of the Imaging department at PVH. We could not have been treated with more dignity. Pathways Hospice made Paul’s passing a peaceful transition. In lieu of flowers, we invite you to donate or make contributions to First United Methodist Church, Attention: Kids Closet. Paul would like that. A memorial service will be held at 2:00 PM on Saturday, January 28, 2023 at First United Methodist Church Fort Collins. If you are unable to attend in person, please follow the link below to the livestream of the service at 2:00 PM on Saturday, January 28, 2023.
See more See Less

In Memory Of Paul Gill