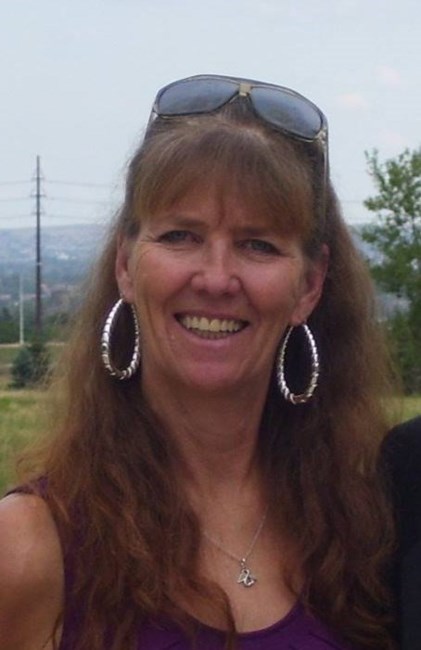 Sandra “Sandee” M. Hebrew, 65, went with the Lord on January 15, 2023, at MCR Medical Center after a short battle with cancer. She was born in Eads Colorado on February 22, 1957, to Merle and Jo Enderson. Sandee was the first of six children. She was Baptized and Confirmed in the Lutheran Faith. Was raised on a farm and enjoyed gardening, cooking/baking, being around animals and driving farm equipment. She learned how to play the accordion, ride horses (and even a few steers) and participated in 4-H. She graduated from Gilcrest High School in 1975 and was on the debate team. Sandee had an opportunity to do a political debate that won her a trip to Washington D.C. Politics were an active part of her life and she was a patriot to the end. Sandee married John Hebrew. They lived in Longmont, Colorado and were blessed with two children Rebekka and Joshua. They later divorced. Sandee was a light in many lives. Her work history was “jack of all trades”; restaurants/grills, IBM, started a couple different businesses, had a CDL License, ran heavy equipment, commercial equipment maintenance, computer programming, service writing, and even worked for the school district in Johnstown and Milliken. She enjoyed learning new things and was creative in handwriting, arts, crafts, and working on her home, which she loved dearly. Sandee and Jim enjoyed motorcycle rides, car rides and on one of these outings zip lining. Sandee adored the Percheron and Clydesdale horses. She enjoyed watching football and was a Raiders Fan. She found great pleasure in country living and watching the animals and wildlife. Sandee is survived by her children Rebekka Mallatt of Greeley, CO. and Joshua (Molly) Hebrew of Evergreen, CO. Her significant other Jim Curtis of Milliken, CO. Her mother Jo Enderson of Loveland, CO., sisters; Jody (Larry) Smith of Mead, CO., and Billie (Mike) Nahlen of Cody, WY., brothers; Robert (Linda) Enderson of Longmont, CO., Mark (Jenny) Enderson of Platteville, CO. Her Grandchildren she lovingly called her Grand Angels, Lee, Amarise, Brooklyn, Finley, and Barrett. Sandee was preceded in death by her father Merle Enderson, brother Matt Enderson, and son-in-law Steve Mallatt. A celebration of life to include the immediate family is scheduled in February.
See more See Less

In Memory Of Sandra Muriel Hebrew