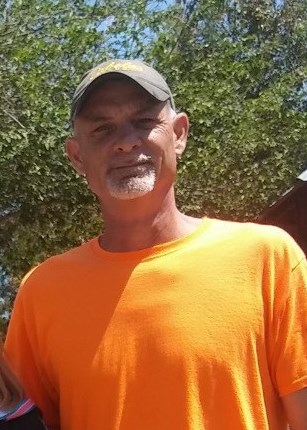 Brian Kent Gholson, 52, of Dallas passed away prematurely at CaroMont Regional Medical Center on Thursday September 15, 2022. Brian was a member of Gaston Baptist Church. Brian loved to hunt and he was a huge Dallas Cowboy’s Fan. He loved taking his grandson to the garden to pick vegetables. He enjoyed time with his nephew, Cole, along with friends Ben and Jeanette and their daughter Patty and Alice Bryant. He was loving and compassionate. Brian will be missed by many. Brian is preceded in death by his father, Bill Gholson, his brothers, Doug Gholson and Steve Gholson, and grandparents, William Stillwell and Ruby Stillwell and Bill Gholson and Ruby Gholson. He leaves behind his fiancée Joy Mashburn and his children, Kent Gholson, Krista Hunt (Cody), Marisa Mashburn (Jess) and Miranda Rakes (Josh). Also surviving are his grandson, Bryson Rakes, his mother, Gloria Gholson, his brothers Keith Gholson and Bruce Gholson (Amy) and sister-in-law, Ann Gholson and many nieces and nephews. His dogs are Lew, Zoey and Mocha. A Memorial Service in remembrance of Brian will be held at 2:00 PM on Tuesday September 20, 2022 in The Cardinal Hall at Carothers Funeral Home, 2205 Williamsburg Drive, Gastonia. Pastor Richard Gaddis of Gaston Baptist Church in Dallas will officiate. Honorary pallbearers are; Bruce Gholson, Keith Gholson, Phil Lineberger, Danny Whisnant, Josh Rakes, Jake Gholson, Doug Gholson, Jr., Marisa Mashburn, Benjamin Howell and Cole Gholson. Fond memories of Brian and condolences for the family may be left at www.carothersfuneralhomegastonia.com. The staff of Carothers Funeral Home at Gaston Memorial Park is honored to serve the Gholson Family.
See more See Less

In Memory Of Brian Kent Gholson