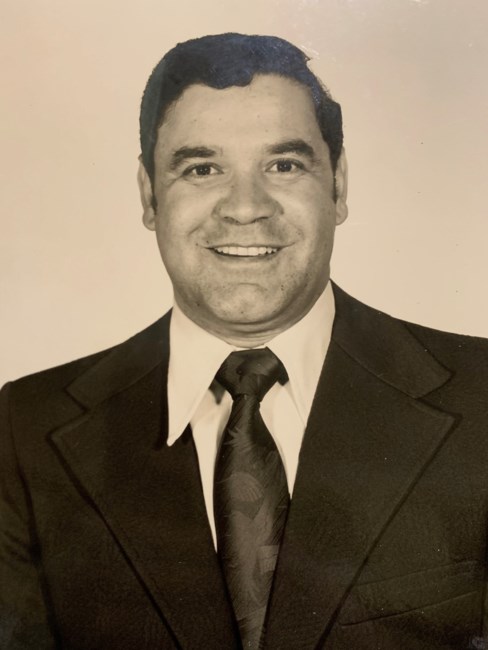 Major Henry Palma Sr., US Air Force (Ret.), spent his 86 years on earth full of life. This honest, hard-working, funny, gifted, and very kind man passed away peacefully in his home on Sunday, February 2, 2020 surrounded by his family. He was born February 26, 1933 in New York City, NY to Prospero and Mary (Goyco) Palma. He married the love of his life, Isaura Vidal, on November 22, 1952 and they celebrated 67 wonderful years of marriage. He selflessly served his country as an Intelligence Officer in the US Air Force for 24 years, where he earned the Bronze Star, the Air Force Commendation Medal, the Meritorious Service Medal, and many other awards. He graduated with his Masters Degree in Public Administration at University of Colorado. After he retired from the Air Force in 1976, he continued to work to support his family until he retired from the Texas Department of Public Safety in 1993. He was a proud member of VFW Post 2933. Henry is survived by his loving wife, Isaura; his children Denise Palma, Henry Palma Jr. and wife Cindy, Victor Palma, Joe Palma and wife Grace; his grandchildren Toni Eubanks and husband Sean, Tina Folts and husband Cory, Daniel Palma and wife Jessica, Erin Palma, Melissa Palma; his seven great-grandchildren; and his brother Eddie Palma and wife Nilda. There will be a visitation on Tuesday, February 11, 2020 from 6:00 p.m. until 8:00 p.m. at Cook-Walden Davis Funeral Home, 2900 Williams Drive, Georgetown. The Funeral Mass will be held at 10:00 a.m. on Wednesday, February 12, 2020 at St. Helen Catholic Church, 2700 E. University Avenue, Georgetown. In lieu of flowers, donations in memory of Henry Palma may be made to Honor Flight Austin (www.honorflightaustin.org)
See more See Less