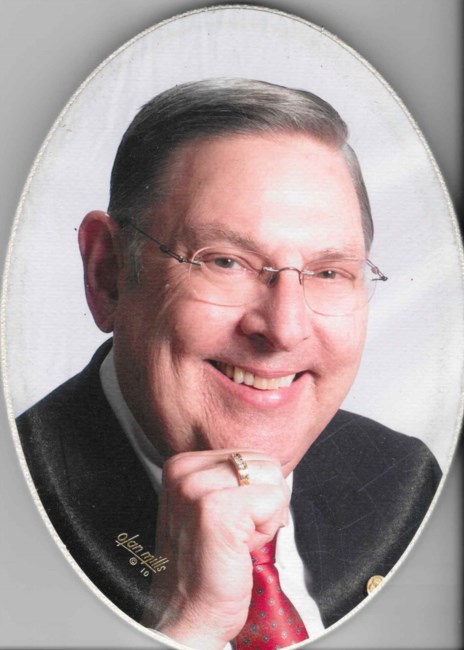 John W. Lind, devoted husband, father and grandfather, passed away December 22, 2020 at St. David’s Hospital in Georgetown, TX. He bravely and stubbornly fought pulmonary fibrosis for 11 years. John was born August 2, 1942 in Chicago, Illinois to Elmer and Myrtle (Schlicker) Lind. Upon graduating from Arlington High School in 1960, he was scouted for baseball as a shortstop. He decided to go to college rather than pursue a baseball career. He enrolled at Beloit College in Wisconsin. While at Beloit College, John continued to play baseball on the college team. In his Senior year, John met fellow student, Barbara Meyer. He graduated in 1964 with a Bachelor of Arts degree in Economics and Sociology. John went on to graduate study at Roosevelt University in Chicago, Illinois. He graduated in 1967 with a Master of Arts degree in Sociology. Later that same year, John married Barbara Meyer on August 26 and the couple moved to Plymouth, Wisconsin. There, he taught Sociology and was chair of the department at Lakeland College. He eventually moved into administration as Director of Admissions and Financial Aid, beginning a focus of work in admission that marked his career. In 1973, Barb and John returned to Beloit, Wisconsin, where John accepted a position as Director of Admission and Financial Aid at Beloit College. It was there that the two started a family. In late 1982, John was offered and accepted a position at Southwestern University in Georgetown, Texas. Working with the people at SU was a highlight and joy for John. John immersed himself into his new role as Vice President for Enrollment Management and the college admission profession. He served as President of the Texas Association for College Admission Counseling (TACAC) . He retired in 2004 after a distinguished 22 year career. After flunking retirement, John joined a consulting firm dedicated to enrollment services for colleges around the United States. He retired from admission work altogether in 2009 when he was diagnosed with pulmonary fibrosis. Their first son, Richard John, was born on August 25, 1978 while Barb and John were living in Beloit. James Meyer, followed on November 6, 1980. Both boys brought great happiness to John, particularly when they enjoyed sports as much as he did. The boys became as strongly passionate for the Chicago Cubs as he was. Go Cubs!!! John’s love for family was instilled in the boys, which they carry with them today. John believed strongly in leaving the world a better place than he found it and lived his life accordingly. He strove to find positive solutions that were in the best interest of those he served. He thought of others before himself. These were defining characteristics of his life, both personally and professionally, and recognized by those who knew him. John is preceded in death by his parents, Elmer and Myrtle Lind. His memory and legacy will be carried on by his wife of 53 years, Barbara Lind of Georgetown, TX; son, Richard Lind of La Junta, CO; son, James and wife Allison, and grandchildren Charlotte and Joseph Lind of La Junta, CO; his sister, Barbara Rabe and her children of Mesa, AZ; sister-in-law, Nancy Cooper (Bob), their children and grandchildren of Stevens Point, WI; sister-in-law, Mary Rasmussen (Herb), their children and grandchild of Delafield, WI. In lieu of flowers, the family requests donations be made to: ● Southwestern University, Georgetown, Texas - www.southwestern.edu/makeagift ; designate the Southwestern Fund for Student Scholarships ● First United Methodist Church, Georgetown, Texas - www.fumcgt.org/give ; designate Church Ministries ● Pulmonary Fibrosis Foundation - www.pulmonaryfibrosis.org/ways-to-give/donate-now ● Beloit College - www.beloit.edu/giving/ways-to-give/ No services will be held until the threat of COVID has passed. A video and the option to leave a comment/memory is available on the Cook-Walden-Davis website at: www.dignitymemorial.com/obituaries/georgetown-tx/john-lind-9962812
See more See Less

In Memory Of John W. Lind