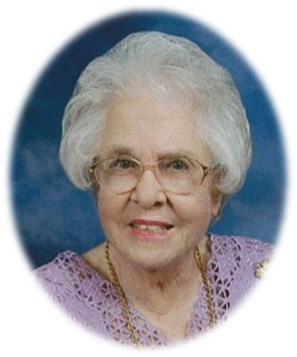 Mary Blanton Lewis Bost, age 97, of Georgetown, Texas, died on June 5, 2019. She was born on November 2, 1921, in Lytle, TX. Her parents were Ernest Lewis and Jessie Matthews Lewis. Mary attended Texas A&I College at Kingsville, TX, beginning in 1939, where she met Robert Bost, the love of her life, whom she married on January 1, 1942. Mary and Robert were married for 64 years, until his death in 2006. They worked together as parents, school teachers and farmers and were lifelong best friends. Mary graduated from the University of Texas in 1962 with a Bachelor of Science in Education. She was a long-time, beloved educator who taught hundreds of local school children over the years. She began her teaching career at South Palm Gardens near Harlingen, TX, in 1941, later teaching in Georgetown, Liberty Hill, and for 23 years in Leander before retiring. She was a member of the Williamson County Retired Teachers Association. Mary and Robert have lived on their farm near Georgetown since 1952, raising up to 5000 laying hens as well as hogs, cattle, and bees. Beekeeping became their main farming focus and enjoyment. After retirement, they maintained bee hives in many locations, including Georgetown, Llano and Smithville and sold their local, raw honey to six of the local area HEB stores. After Robert’s death, Mary down-sized their honey operations, selling bottled honey to several small businesses and at the Sun City and Georgetown farmers markets. Mary and Robert were among the founding members of the Williamson County Area Beekeepers Association, where, for 20 years, Robert was chairman of the scholarship program for youth interested in learning beekeeping. This program was later named the Ed Wolfe-Robert Bost Memorial Scholarship Program. Mary served for two years as president of the Association and over 30 years (1986-2016) as newsletter editor. She was periodically interviewed by local print and television media as an authority on bees and beekeeping. Mary and Robert moved to Georgetown in 1947 and became members of First United Methodist Church. Mary and her family served as members of the choir, on the administrative board, and were charter members of the Pathfinders Sunday School class. Mary also served as President of the UMW for two years and remained an active member. Mary will be remembered by many in the Georgetown area for her love and dedication to her family, church, teaching, friends and beekeeping. She was loved, admired and appreciated for her gentle, loving, vivacious spirit, for living the values she upheld and for her quiet wisdom. Mary is survived by her children: Dr. Robert O. Bost (Kay) of Edmond, Oklahoma; Dr. Richard H. Bost (Karel) of Catoosa, Oklahoma; and David E. Bost (Dr. Jane) of Round Rock; her grandchildren: Laura Bost Hensey (Chuck), Bryan Bost (Kimberly), Andrew Bost (Laurie), Christopher Bost, and Morgan Bost; her great-grandchildren: Erin and Solomon Hensey, as well as her brother Rev. Dr. C. Earle Lewis. Mary was predeceased by her parents; her loving husband, Robert; daughter-in-law, Dr. Diana Bost; granddaughter, Rebecca Anne Bost; her brothers Rev. Clem Lewis, Rev. Orion Lewis, and Minister John Lewis. Special appreciation is given to her long-time Comfort Keepers caregivers, Jimmie Oakley and family; members of the Williamson County Beekeepers Association; members of the Pathfinders Class and First United Methodist Church, and those who provided her with transportation to and from Church. Services will be held at the First United Methodist Church in Georgetown, Texas on Thursday, June 13, at 9:30 A.M. with Rev. Yvonne Coon, Rev. Dr. C. Earle Lewis, and Rev. Joe Way officiating. Pallbearers will be Jimmie Oakley, Clint Walker, Rick Krueger, Robert Soulen, Romualdo Duarte, and Jim Turley. A reception at the church will be followed by graveside services at Cook-Walden Capital Parks Cemetery in Pflugerville, Texas at about 1:30 P.M. Visitation will be from 6:00 P.M. until 8:00 P.M. on Wednesday, June 12, at Cook-Walden Davis Funeral Home, 2900 Williams Drive, in Georgetown, Texas. Memorial contributions may be made to Georgetown First United Methodist Church or to the Williamson County Area Beekeepers Association’s youth scholarship program (the Ed Wolfe-Robert Bost Memorial Scholarship) in care of Jimmie Oakley, 425 Sapphire Lane, Jarrell, Texas 76537.
See more See Less

In Memory Of Mary L. Bost