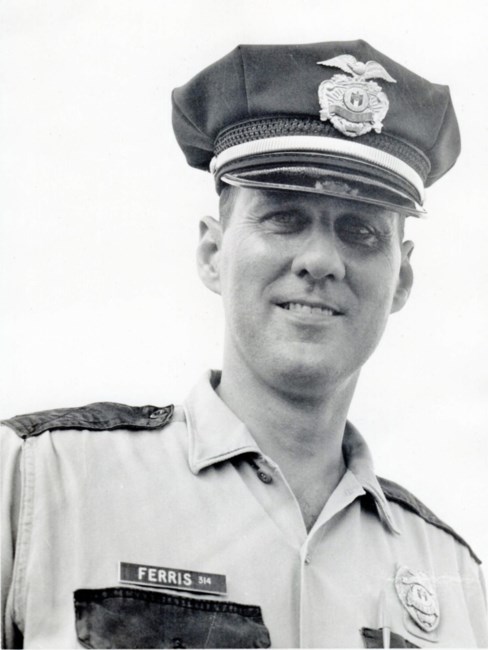 Saadi Assad Ferris II passed peacefully on June 22, 2021. Saadi was born in Austin, Texas on July 8, 1931 to Assad George Ferris and Anna Ellen Alten Ferris. Saadi lived his life with purpose and compassion. His purpose was to serve others and he did so with great compassion and passion. He graduated from Austin High School in 1948 and attended the University of Texas before joining the United States Marine Corp in 1950, serving in combat during the Korean War. He graduated from Southwest Texas State University in 1973 with a bachelor’s degree in Criminal Justice. Saadi had a distinguished career in law enforcement, including as an officer for the Austin Police Department and as the Chief of Police for League City, Texas. Upon his return to Austin, he served the Governor of Texas, Dolph Briscoe, in the Criminal Justice Department. He concluded his career serving as the Chief Investigator for the State Bar of Texas before retiring in 1995. However, Saadi would tell you his greatest accomplishment in his life was his time spent as a member of the Ben Hur Shrine and the Austin Masonic Lodge #12, where he dedicated countless hours of his life to fundraising efforts to support the Shrine Hospitals in Houston and Galveston. Saadi was predeceased by his parents, George and Anna Ferris, his brother, James Ferris and sisters Theresa Lyon, Lucille Farley and Thelma Adams. He is survived by his wife, Bobbye of 44 years and her son Brad Moore and his wife Evelyn. His three children Michael Ferris and his wife Bunny, Kathy Ferris Pride and Ellen Ferris; his grandchildren, Steven Pride and his wife Michelle, Nick Ferris, Courtney Moore and Ashley Moore; and nieces, nephews and other family and friends.
See more See Less