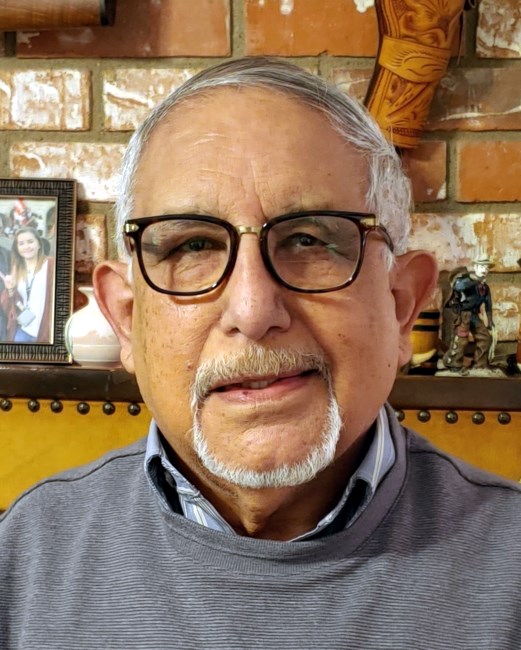 Steve Guajardo went to live with the Lord on October 6, 2022. Steve was born in Georgetown, Texas to Esteban and Aurora Melendez Guajardo on June 13, 1932. Steve was a retired Taylor High School teacher where he taught Coordinated Vocation Academic Education. Steve attended Southwest Texas State University at San Marcos and the University of Texas at Austin. He also attended trade schools to learn bookkeeping and working on heating and air conditioning at Capital City Trade and Technical school in Austin. Steve served in the U.S. Army as a squad leader, with the 45th anti-aircraft unit attached to the Army First Division. While serving in the army, Steve was stationed through Europe. He is survived by daughter Margaret and her husband Kevin McLellan, son Steven Guajardo III, granddaughters Stephanie and her husband Darren Albrecht, and Alexandra McLellan. Preceding him in death was wife Augustina Basulto Guajardo and daughter Tina Guajardo Blain. Also preceding him in death were three sisters Lola Garcia, Helen Vera, and Louisa Hernandez; brothers Jesse, Joe, Aaron, and Eliseo Guajardo. The family will welcome friends for a visitation to honor Steve’s life on Tuesday, October 11, 2022 from 5pm-7pm at Cook-Walden/Davis Funeral Home, 2900 Williams Drive, Georgetown, Texas 78628. Funeral services will be held on Wednesday, October 12, 2022 at 10 am at Cook-Walden/Davis Funeral Home with a burial at Guadalupe Cemetery in Georgetown following the service.
See more See Less

In Memory Of Steve Guajardo