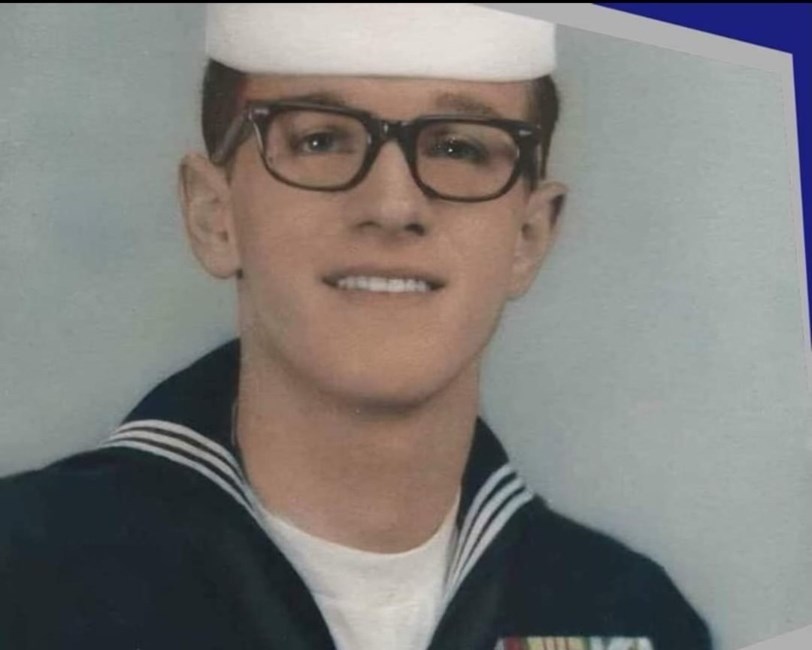 George “Georgie” P. Bowker, Jr., passed away suddenly at his residence on July 28, 2022. George was born on Oct 15, 1945, in Alliance, Ne. His father barely put his bags down after returning from the service before rushing his wife to the hospital. He graduated in 1964 from Scottsbluff High School where he was a member of their first swim team. Following graduation, he joined the Navy and served aboard the USS FOX, as a damage control man. He was honorably discharged in 1968. George pursued an education at the Southeast Community College/Milford Campus attaining a degree in refrigeration on the GI BILL. After Graduation, he went to work in Holdrege Ne. He later moved back to Scottsbluff and worked for Slafter Oil Company until his retirement. George married Cindy Slafter in 1971 until 1997 and they welcomed three children who he loved very much and was incredibly proud of. George was a "huge" Husker football fan and enthusiastically supported each season. He was a self-taught woodworker. He enjoyed making items for many local craft fairs but especially making religious crosses and Husker memorabilia for his family and friends. He loved the outdoors, fishing, camping, and playing golf. He loved all of his grandkids and made many special trips to watch them compete in various sporting events or activities. He loved being included in all the things they loved doing. George met Gina Mattley 22 years ago and gained four children, six grandchildren, and two great-grandchildren. Later in life, George joined Christ the King Catholic Church, becoming very active in the church and in The Knights of Columbus (obtaining the 4th degree). He loved helping with the soup kitchen or anything that the church needed. George was a friend to everyone, he never knew a stranger. He loved making people laugh, by being a great "trickster" and loved telling and receiving jokes. George is survived by, Gina Mattley; children, Sara (Kam) Belden, Geoffrey and Rhys; Bradley (Kristi) Bowker, Keaton and Riley; Allison (Kory) Werts, Payton (Noah) Werts-Carpenter, Rilynn May; Kaiden (Elsie) Werts, Owen and Emma; Randy Kraus; Brent Kraus and Logan; Gary (Shawna) Kraus and Shaylie, Treysen and Jaida; Tammy (David) Bollman and James (Marissa Peterson) Willey and Jozalyn; Hunter (Caitlyn) Bollman and Layla; Sisters, Lynda (Gordon) Specht; Nancy (George) Meyer; Aunt Angela Gladson; numerous nieces, nephews, and cousins and his faithful dog RED. We are sure he was met by all the family that preceded him, with great fanfare. A viewing will be at Christ the King Church on Thursday, August 4th from 4:00 PM to 6:30 PM with a rosary at 6:30 PM Services will be held at Christ the King Church on Friday, August 5th at 9:30 a.m. with lunch to follow at the church. A private family burial will be held later that day. Donations can be made to The Knights of Columbus being sent to Christ the King church or to the donor’s choice. Fond memories and condolences may be left at www.geringchapel.com.
See more See Less