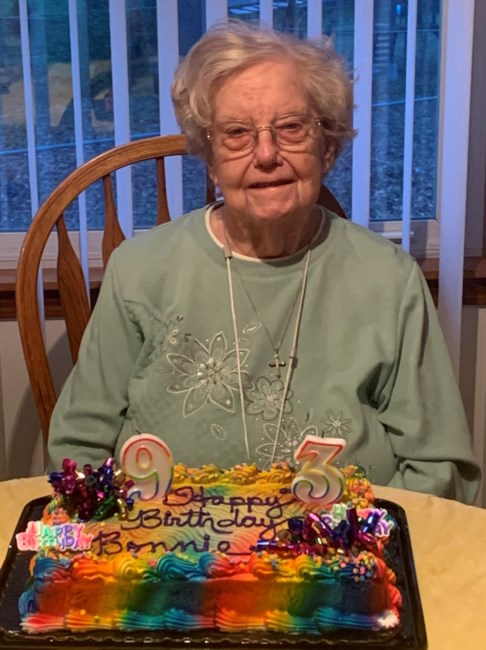 Bonnie Jeanne (Minor) Estes, 93, of Liberty, Missouri passed away peacefully on January 14, 2022 at Liberty Hospital. Bonnie was born in North Kansas City, Missouri to Onie, Sr. and Lillie (Lappine) Minor on November 16, 1928. She graduated from North Kansas City High School in 1946. Bonnie married Robert Dean Estes in 1947 and they celebrated 65 years of marriage prior to his death in January of 2013. Bonnie worked for the HJ Heinz Co. in North Kansas City and later as an Avon Lady in Liberty. Bonnie was preceded in death by her husband, Robert; her parents; her siblings, Katie Baker, Mary Clark, and Onie Minor, Jr. Bonnie is survived by her sons, James (Alana) of Leawood, KS and Larry (Cheryl) of Independence, MO; and her five grandchildren, Cory, Taylor, Lauren, Whitney, and Hailey. The family would like to thank the staff and nurses at Liberty Hospital who took such good care of her in her last days, Dr. Steve Nelson and the staff of Right at Home who allowed her to full fill her wish of living on her own. In lieu of flowers, memorials may be made to The TreeHouse at Liberty Hospital or The Clay County Historical Society.
See more See Less

In Memory Of Bonnie Jeanne Estes