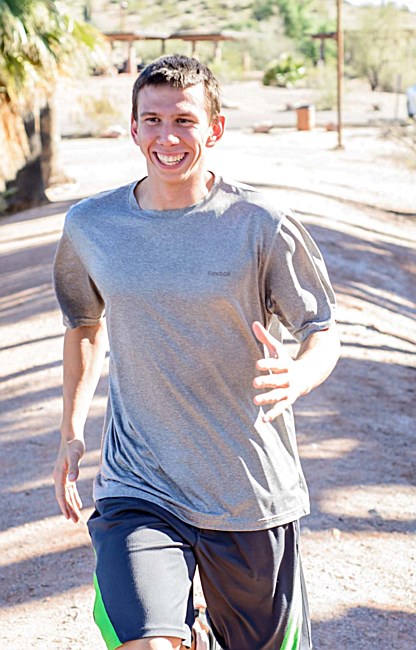 Brandon Patrick Caserta died on June 25, 2018. He was born on May 25, 1997 in San Diego to Patrick and Teri. Brandon has always lived by his karate code words: Honor, Respect, Patience and Kindness. He was a very happy, compassionate, giving, supportive and respectful young man. His smile was so contagious. No matter what he was doing, he would smile. He had a great personality and made you laugh. He was always joking around. He always found and saw the good in people. When he ran into the bad people he would try to look for the good in them and try to bring it out of them. He never placed judgement on anyone. He touched so many lives in such a short time. Brandon was very athletic and took karate, swimming, football and track. He was always on the go. If he wasn’t doing sports, he was working out. Brandon was in karate for 17 years. He played flag football for about 10 years and graduated to tackle football. He was on his high school team freshman and sophomore years. He took swim lessons, joined the USA Swim team and swam for his high school. Brandon did not like swimming at all at first, but then he learned the breast stroke and that was his favorite stroke. Brandon decided to join the Navy and worked very hard to get a Navy SEAL contract. He worked out with a great bunch of guys who he helped and pushed so they could get their contracts as well. Brandon would ride his bike everywhere. He put at least 17 miles a day on his bike and did this for about four years. Brandon would work out for hours and that was after riding his bike. Brandon touched more people than he realizes. He helped so many of his friends and was very supportive and compassionate. He was a great son, grandson, cousin and friend. Brandon, you will be missed by so many and we are so proud of you. We are honored God put you in our lives. Brandon is survived by his mom Teri, dad, Patrick, maternal grandparents Fran & Larry Myhre, paternal grandmother Rosemary Wehbe, aunt Renae Myhre, uncle Tim Caserta and five cousins Eric, Junior, Jessica, Bobby & Michael.
See more See Less

In Memory Of Brandon Patrick Caserta