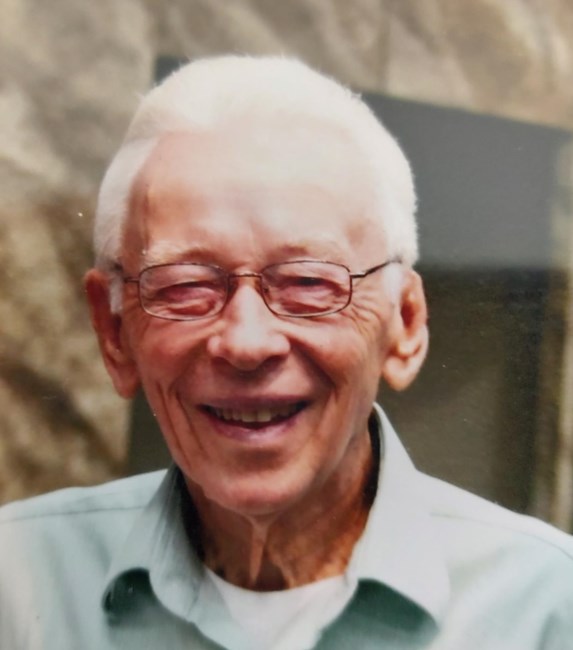 Dennis Elroy Anderson passed away on August 2, 2022. He was born in Litchfield, Minnesota on May 30, 1933, the oldest of 10 children born to the late Chester and Evelyn Anderson. Dennis married Virginia “Ginger” Jennings on March 30, 1955. They shared over 61 years of marriage prior to her passing on November 21, 2016. He served with the United States Air Force for 4 years and went on to work as a jet mechanic at Luke Air Force Base for over 40 years. Dennis is survived by his daughter Debbie, Jenny his poodle who was his constant companion, six siblings Boyd, Dean, Marlene, Marsha, Beverly & Marlis and many nieces & nephews. In addition to his parents and wife, he was preceded in death by three siblings Delbert, Willis & Marvis. There will be a graveside service, with military honors, for Dennis at Resthaven Park Cemetery, once the weather has cooled down.
See more See Less

In Memory Of Dennis Elroy Anderson