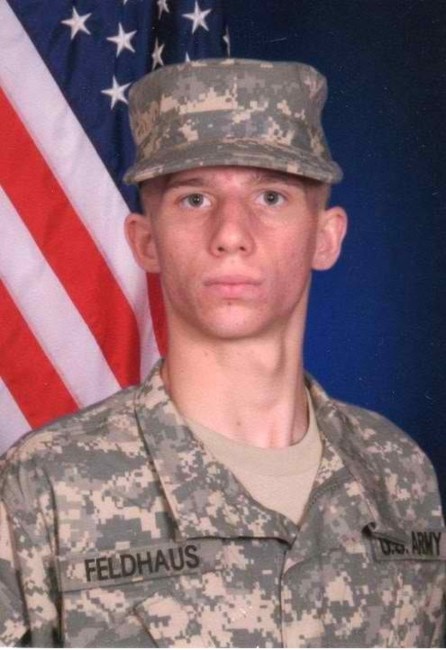 Dustin J. Feldhaus was born October 2, 1990. He was killed in action in Kunar Province, Afghanistan on March 29, 2011. Dustin graduated from Deer Valley High School in 2009, where he had been a wrestler. That September he joined the Army, something he had wanted to do from a young age. His awards and decorations include the National Defense Service Medal, Afghanistan Campaign Medal, Global War on Terrorism Service Medal, Army Service Ribbon, NATO Medal and Combat Infantryman Badge. Dustin was loved by all who knew him for his unselfish nature and kind heart. He will be forever missed and remembered as a true American Hero. Dustin is survived by his mother Niki Etchells and stepfather Lance of Glendale and his father Bernard Feldhaus-Mahaljevic and step mother Sandra; siblings, Nicholas, Dorian, Patrick and Alana, and many other relatives.. Specialist Dustin J. Feldhaus will be laid to rest with honors Saturday, April 9, 2011, 10:00 a.m., at the National Memorial Cemetery of Arizona, 23029 N. Cave Creek Road, Phoenix.
See more See Less

In Memory Of Dustin James Feldhaus