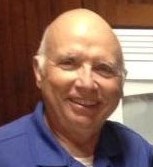 James Samuel Nardone went to be with our Lord in heaven on January 20, 2022. He was born March 31, 1944 in Blairsville, Pennsylvania, the youngest child of the late James R. and Mary Rose (Dinunzio) Nardone. Jim was a 1962 graduate of Blairsville High School. He honorably served with the United States Army National Guard for 8 years in PA and was also a volunteer fireman. He married Sandra Davis of Homer City, PA, and they had over 57 years together. They resided in Homer City, PA, until 1977 when they moved to Glendale, AZ. Jim was a meat cutter for 42 years, starting at Foodland in Pennsylvania, continuing with Smitty’s in Arizona and retiring from Fry’s Food Stores in 2006. Not one to sit around in retirement, he went on to work for the Arizona Cardinals as a security guard for 14 seasons. Jim was active in his golf community and loved hitting the sticks with his grandson, family & friends. When he wasn’t on the links, or detailing golf carts, he enjoyed traveling with his family, being a master griller, creating nice meals at home. Dad had an appreciation for war films, The Lone Ranger and John Wayne movies (Mississippi!). He was a true green thumb and always had a nice garden. Jim was a gentleman of integrity - an honest, hardworking, honorable, chivalrous, fun and adventurous, kind-hearted, generous man who always had a smile on his face. He will be missed by all who knew and loved him. They were longtime members of St. Elizabeth Seton Catholic Church in Sun City, AZ. He is survived by his wife, Sandy, two children: Christopher & Angie (Brad) Kaoni, grandson Noah, and sister Dolores Hudak. He is also survived by many extended family members across the country. In addition to his parents, Jim was predeceased by his sister Camilla (Dolly) Fortunato. Jim will be cremated and celebrated by his family and friends at a later date.
See more See Less

In Memory Of James S Nardone