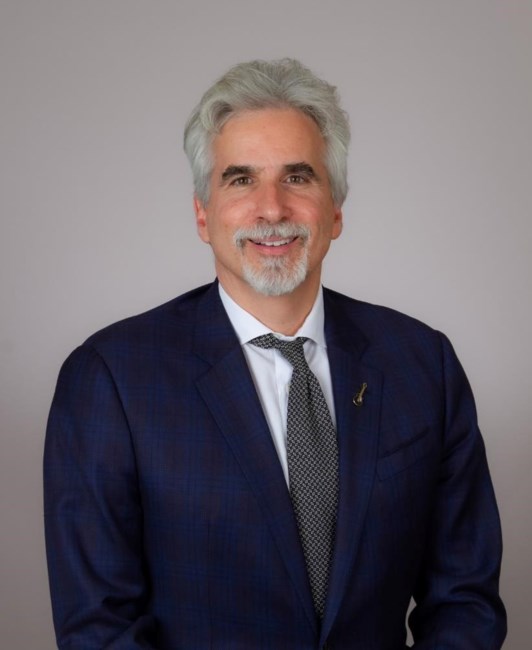 Hugo Ramon Rosen, 58, beloved husband, father, brother, and physician-scientist passed away on December 28, 2021 in Los Angeles, California. After his family emigrated from Cuba, Hugo grew up in Miami where he completed his pre-medical studies as a presidential scholar and earned his medical degree. His affinity for Cuban culture compares only to his affinity for the Boston Celtics, as many will remember his signature style: a Larry Bird jersey, layered with a guayabera, and a fedora. While his close friends and family will remember him as the funniest and most charming person in any room, his colleagues in medicine will remember him as a prolific researcher, beautiful writer, passionate educator, and dedicated mentor. Hugo authored more than 200 peer-reviewed manuscripts investigating the cellular and molecular processes of liver disease. He was the principal investigator of multiple grants funded by the National Institutes of Health, and was named deputy editor of the journal Hepatology. For those who have worked closely with him, one theme rings true: Hugo had a mind unlike any other. He was at once the most brilliant yet approachable and humble person. His loved ones often referred to him as “The Idea Man” because his creativity and thinking power knew no bounds. Hugo also had a particular gift for identifying other colleague’s talents, helping them see those talents in themselves, and guiding them towards success—every step of the way, with a smile. Hugo’s career began at Beth Israel-Deaconess Medical Center of Harvard Medical School. During his intern year of Residency, he met the love of his life, then twenty-three year old nurse, Bonnie. Hugo and Bonnie had a mutual patient at the Lahey Clinic, and one day Bonnie walked in on him brushing the patient’s long hair. This was the first moment she truly understood how special Hugo was. The patience, compassion, and unexpectedness of this act—while Residency training is notoriously busy and demanding—demonstrates the type of person Hugo was to those around him: someone who was always present, who sought to help others at all times, and wore his heart on his sleeve. Hugo and Bonnie were married on May 29, 1993, at which point they had moved to Los Angeles, CA for Hugo to complete his Fellowship Training in Gastroenterology at UCLA. They welcomed their first child, Rachel Hannah Rosen, on March 5th, 1995, four days before Hugo’s thirty-second birthday. The family of three then moved to Oregon, where Hugo worked at OHSU, and grew into a family of five on May 15th, 1997 upon welcoming twins: Nicholas Santiago and Leah Teresa Rosen. Hugo cherished his years in Oregon, where he established several traditions that deeply shaped his family’s bond: playing basketball and frisbee, Saturday lunches with the twins, impromptu family dance parties, hiking, and playing the guitar. In 2005, Hugo was offered the position of Division Head of Hepatology and Gastroenterology at the University of Colorado School of Medicine, where he established his professional legacy of elegant research, devoted mentorship, and the recruitment of top-tier talent. After thirteen years in Colorado, Hugo was recruited to become the Chairman of the Department of Medicine at Keck School of Medicine at the University of Southern California. This outstanding achievement is one that very few physicians ever accomplish, and Hugo was one of the youngest in the country to do so. Within only two years, Hugo recruited over 135 faculty members in his effort to rebuild the Keck School of Medicine community in a way that aligned with his own values: namely, of equity, inclusion, and humanity. He prioritized the wellness of all those around him, by bolstering the pay of faculty members, supporting the development of a program to help mitigate provider burnout, and developing a program called “Med-Check” to offer free psychological support for all faculty. Hugo is survived by his loving sister, Myra; his sister Daisy; his children Rachel, Nicholas, and Leah—the lights of his life and those for whom he did absolutely everything; and his devoted soulmate, Bonnie. He will also be missed by the dogs he loved like children: Lily and Santos. At this time, Hugo’s family is remembering his life privately, but there will be a memorial at a later date. Until then, the family wishes to compile stories and memories of Hugo, which you can submit on the attached Google form: https://forms.gle/FKPcvgqXSuQqWtqM9 . In lieu of flowers, please consider making a donation to the USC Hugo Rosen MD Legacy Fund, which was created to memorialize Hugo's greatest passion and professional mission: to mentor and support young, underrepresented scientific investigators. USC Hugo Rosen MD Legacy Fund : https://ignite.usc.edu/project/29786
See more See Less