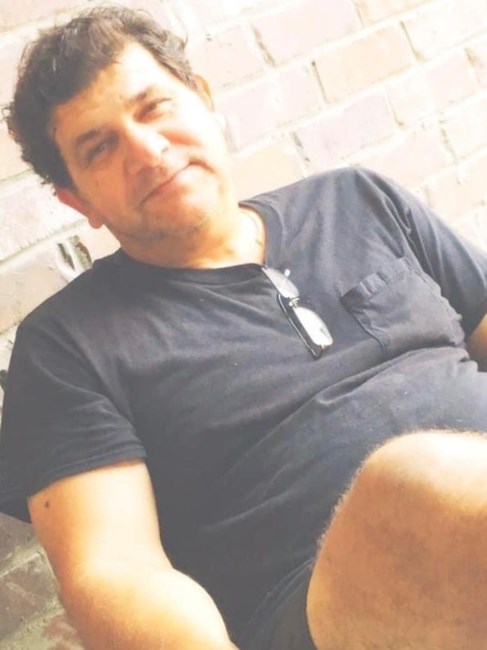 Daniel Garcia approached his death as he lived his life, heroically, courageously, and with loving consideration for his wife and family. Danny was born on June 29, 1960, in Harlingen, TX. He grew up in Corpus Christi, graduating from Miller High School in 1978. Danny was the Fire Chief of Industrial Emergency Services. He previously held the position of Vice President & Deputy Fire Chief after joining the company in 1999. He became an owner of the company in 2000. He was awarded the Industrial Emergency Services "Eagle Award" in 2007. Chief Garcia was a 44-year veteran of industrial fire services. He began his career in 1979 with Coastal States Refining/Tennessee Pipeline Company. He joined the Refinery Terminal Fire Company (RTFC) in 1982 as a Driver Operator and worked his way through the ranks as Captain, Division Chief, and Assistant Chief. In 1997 he received a Department Commendation for his exemplary performance at a major refinery fire. He joined Industrial Emergency Services in 1999, providing leadership and professional expertise to the company for over 23 years. Chief Garcia has a well-earned reputation within the industrial emergency response community, not only within the United States but also internationally. His industrial emergency response experience, especially for emergencies within complex refining and petrochemical process operating units, is without peer. Throughout his career he insisted upon and achieved exemplary occupational safety and health performance from the personnel under his command. He was well respected by local, state, and federal government agencies. He served as the Hazardous Materials Emergency Response Coordinator for St. James Parish, Louisiana. Danny provided leadership in emergency responses to several train derailments and in chemical fire suppression in locations as far away as North Dakota and California. Through his documented experiences in many petroleum storage tank fires and hundreds of process unit fires, Chief Garcia became a nationally recognized industrial firefighting instructor. He was a Master Instructor at the Texas A&M University's Industrial Fire School in College Station, Texas, and a lead instructor for the Petroleum Storage Tank Firefighting Course for the American Petroleum Institute. He was also a regular instructor at the annual Williams Fire & Hazard Control firefighting school. What many people may not know about Danny Garcia, is that he had a mid-career diversion for two years, as owner/operator of Garcia’s Taco & Grill restaurant in Prairieville, LA, from 2011-2013. As much energy and effort as Danny put into his professional career, Danny was as passionate about his personal life, his hobbies, and interests. He was a lifelong fan of the Dallas Cowboys. He played golf, and was an art enthusiast, having natural artistic skills in drawing and making pottery. But Danny was so intensely private and fiercely protective about his personal life that many people are often surprised to learn that he tried out as a walk-on punter for the Dallas Cowboys, and that Danny loved singing and performed as an Elvis Presley tribute artist. Danny competed in an Elvis contest in Tupelo, Mississippi; he made the finals, but, in his words, “he wasn’t pretty enough to win.” Perhaps the very best measure of the man of who Danny Garcia was, became revealed to the world through his grandchildren. Perhaps the very best measure of the man who Danny Garcia was is the man who his grandchildren allowed and needed him to be, just for them. He was at his best when a grandchild was in his lap, whether he was called Gramps or Gramper. He answered joyfully to both. Danny is survived by his wife, Alaina Garcia, of Gonzales. His children are Zach Garcia, and wife, Melissa, of Gonzales; Jake Garcia, and partner Madeline Zepeda, of Gonzales; and Doug Garcia, and wife Melissa, of Dallas, Texas. Danny’s stepson is Aidan Zepeda, a deployed United States Marine stationed in San Diego, California. Danny’s five grandchildren are Evie, Izzy, Nolan, Emmie, and Rosie Garcia. Danny is also survived by his mother, Minnie Garcia, of Nashville, Tennessee; and brothers, Rogelio, and wife Charlene Garcia, of St. Louis, Missouri; Ruben Garcia, and wife Monica, of Nashville; and his sister, Sally Garcia of Dallas, Texas. He is also survived by a number of nieces and nephews. A host of friends and colleagues will also miss Danny, joining his family in their grief. His memorial service will be held at 11:00am, Friday, January 27, 2023, at the Gonzales Civic Center at 219 S. Irma Boulevard in Gonzales, LA. Services are directed by Ourso Funeral Home of Gonzales. In honor of his career as a professional industrial firefighter, Chief Danny Garcia’s memorial service will include traditional elements of a fire fighter’s final service. In lieu of flowers, please consider thoughtful memorial donations in Danny’s name to the Fire Fighter Cancer Support Network at www.firefightercancersupport.org. Memorial donations can also be made to the Lustgarten Foundation for Pancreatic Cancer Research at www.lustgarten.org. Fond memories and expressions of sympathy may be shared at www.oursofh.com for the Garcia family.
See more See Less

In Memory Of Daniel Garcia