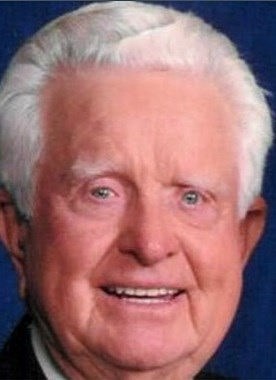 Charlie E. Bailes Jr., devoted husband, father, grandfather, great grandfather, U.S. Army veteran and philanthropist died May 4, 2022 at his Bay Hill home. He was 94. Born in Albany, Georgia in 1927, Charlie joined the Army in 1944 and served during World War II earning the rank of Sergeant. He attended the Georgia Institute of Technology in Atlanta and graduated with a degree in Civil Engineering before moving to Tampa where he went on to become Executive Vice President and General Manager of Construction at Cone Brothers. During that time, he led hundreds of miles of highway projects including major portions of I-4, I-95, Alligator Alley and the Florida Turnpike. Following a successful engineering career, Charlie joined his family's business at ABC Fine Wine & Spirits in 1970 where he became executive vice president of the company. During his tenure, ABC grew to become the largest privately owned and operated wine and spirits retailer in America. The company had 80 stores when he started and more than 150 when he retired along with retail offices, a warehouse and maintenance facilities he helped develop. In 1997, Charlie and his wife Jackie received the Presidents Award for Distinguished Service from the University of Central Florida along with the H. Trevor Colburn Society Award in 2000. The Bailes family and ABC have spent decades as leaders in the philanthropic, volunteer and fundraising efforts for United Cerebral Palsy of Central Florida, M.D. Anderson Cancer Clinic, Shepherd's Hope and UCP Bailes Campus at UCF. After retiring from ABC, Charlie opened six self-storage and warehousing locations he helped design and operate until recent months. He also owned and managed several working farms in the Tampa area, North Carolina and St. Cloud where he taught his children, grandchildren and great grandchildren to ride horses, hunt and fish. While doing all of this, he was an avid golfer who continued to shoot his age or lower at Bay Hill Country Club well into his 90s. He is survived by his sons Charles (Kim) Bailes III, Jess (Betsey) Bailes, daughters Janet (Roger) Larue and Cindy Bailes, and sister Mary Emily Donahoe; along with 11 grandchildren Chris (Konni) Larue, David (Tina) Larue, Marie (JD) Robertson, Courtney (Chris) Quarles, Ashley (Sean) Kelly, Charlie (Leigh Ann) Bailes, Alex Timmerman, McClaine Timmerman, Luke Denny, Jesse Bailes, Jacob Bailes and 14 great grandchildren. A private family memorial service will be held at Greenwood Cemetery. In lieu of flowers, please make donations to UCP Bailes Campus.
See more See Less