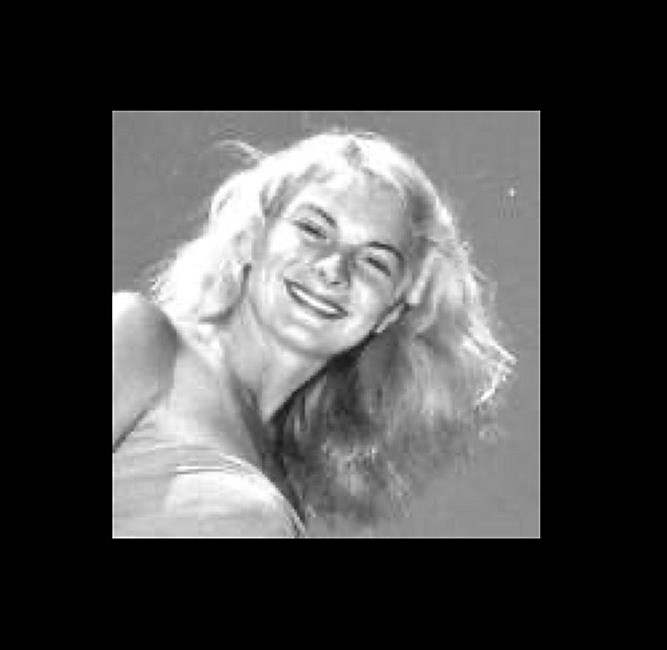 Ginger Stanley Hallowell of Orlando died January 19, 2023 at the age of 91. She lived a full and wonderful life and is well known among movie history fans for her roles in the underwater scenes with Ricou Browning in Creature from the Black Lagoon and then Revenge of the Creature. Ginger grew up in Walhalla, South Carolina before moving to Florida as a teenager. She was an underwater mermaid and professional swimmer at the Florida attractions Weeki Wachee and Silver Springs for many years doing underwater performances that have been photographed by Bruce Mozert. Ginger appeared on The Garry Moore Show in New York where she performed in an underwater tank and presented the underwater weather report for guest host Dick van Dyke when Barbara Walters thought of adding a map inside the tank and called her back. After her underwater roles in the Creature movies and in Jupiter’s Darling, Ginger moved to Orlando where she lived ever since and hosted a local television show, Browsing with Ginger. She married Al Hallowell, originally of Philadelphia, and had three children, Dawn, Heather, and Shannon. Ginger then worked as a fashion model for many years and taught modeling and image for twenty years at the Lisa Maile Image Modeling and Acting School. Ginger loved being with people and went on many ski trips with the Orlando Ski Club until recently. She was happy to have visits from her many friends and her children and grandchildren in the last few months. Ginger is survived by daughters Heather Hallowell Bodiford and Shannon Hallowell Schemmer, her granddaughter Courtney Gaba, and grandsons Andrew and Brett Bodiford and Zane, Slade, and Case Schemmer. She is well loved for her marvelous sense of humor and for all of her stories of movies and swimming as a mermaid at Weeki Wachee and Silver Springs. Her service will be held on Friday, February 3, 2023 at 2:00 PM at Woodlawn Memorial Park and Funeral Home at 400 Woodlawn Cemetery Road, Gotha, Florida, west of Orlando. Fond memories and expressions of sympathy may be shared at www.woodlawnfuneralhomegotha.com for the Hallowell family.
See more See Less

In Memory Of Ginger Stanley Hallowell