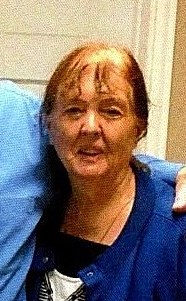 Patsy Evelyn Kemper, age 87 passed away on Saturday, September 10, 2022 in Sumpter, South Carolina. Patsy was born November 19, 1934 in Beeville, Texas. She graduated from Beeville High and after received a RN nursing degree. She was married to James Orvil Kemper on July 15, 1954. Patsy Kemper has a career in sales and as a hostess for Walt Disney World Orlando. She retired after 35 years. Patsy Evelyn Kemper was survived by son, Davey Lee Kemper, wife Selena; daughter, Dianna Lynn McIntosh, husband Billy; son, Steven Wayne Kemper, wife Kimberly; daughter, Barbara Ann Cochran. She was survived by Beverly Williams of Texas, Roger Prewitt, deceased of Missouri; Carrol Prewitt of Texas, Sandy Daultry of Texas, and Dennis Prewitt of Nevada. She was survived by many grandchildren, great grandchildren, and great-great grandchildren. Patsy was the daughter of the Late Ruby Gregory Prewit Sehlke and Orlon Earl Prewitt, step-father Melvin Sehlke all of Texas. She is preceded in death by her parents as well as her brother Roger Prewitt. She also passes her husband James Orvil Kemper of 47 ears of marriage. After retiring from Walt Disney World Orlando she was living in South Carolina with her daughter and family. She will be sadly missed by all who knew her. She will be laid to rest in Gotha, Florida at Woodlawn Memorial Park next to her husband Jim. Fond memories and expressions of sympathy may be shared at www.woodlawnfuneralhomegotha.com for the Kemper family.
See more See Less

In Memory Of Patsy Evelyn Kemper